The Coronavirus outbreak in Europe and in the rest of the world has shaken the world of technology thoroughly. With dozens of companies struggling with budget cuts and a pretty volatile sense of accomplishment due to people being forced at home, for the time being, it definitely isn’t hard to understand why COVID-19 has resulted in a number of problems within many businesses worldwide.

With this in mind, it’s also worth mentioning how many technology titans have approached a number of new applications, development trends and more. The question, at the current stage, is: what pieces of technology are going to become a staple after this virus outbreak? Let’s find out.

When it comes to building websites or web applications, the usage of different programming languages has become quite a staple. From React to the recent Electron, which lets you create web applications with the sole usage of web technologies such as HTML, CSS and (of course) Javascript, it has become quite “complex” to build a website for the modern standards, especially if the above-mentioned site is using external data provided via servers or other architectures.

The Usage Of AWS Architectures

During this COVID-19 outbreak, some companies have started using a number of external APIs to get the data they want to crawl and execute from external websites (mainly AWS-based). This form of data triggering is being used in front end languages like WebAssembly, to effectively speed up the loading speed and the actual site’s build. Data triggering done via web APIs is set to become a massive trend after this outbreak, so if you’re an expert SQL developer, this could be your chance to shine.

If you work in Technical SEO, chances that you’ve encountered the keyword “Server-Side Rendering” are pretty high. There are dozens and dozens of companies who heavily relied on Next.js and similar to create animations, applications and sometimes whole websites with server rendering in mind. SSR refers to a process which executes all the rendering languages in the server instead than in the browser, therefore Crawlers are able to read all the HTML and the CSS within such scripts independently and instantly, optimising what’s known as Crawl Budget.

And Their Application To The Mobile World

Recently, a team of app developers has stated how important the usage of server-side rendering frameworks has helped them in building more stable projects, mainly because of the simplicity of those mentioned frameworks like Next. Server-side rendered applications are also insanely good when it comes to desktop integration, almost like PWA (Progressive Web Applications). It is definitely safe to say that SSR will most likely become a staple in both web and mobile app development.

Data Science For The Medical Sector

If you’ve been following this outbreak since its early stages in Wuhan, you already know how impactful the usage of Machine Learning and Data Science has been to quickly elaborate the virus’ genome. Many scientists have worked on the same JSON data which has been originally sent from Wuhan to interpret and to better understand the virus.

The Usage Of Python

Python libraries like NumPy and Jupyter have both been extremely impactful in the creation of algorithms which could have checked and identify mutations once inserted in the original database, effectively speeding up the world’s reaction in regards to this virus’ outbreak. Data science for the whole medical sector is very likely to become an industry standard to create up to date databases and other applications, eventually applicable to robotics and automated features which could heavily speed up bio-engineering jobs and tasks in treating viruses and deadly illnesses like HIV, Ebola and similar.

We all know that Python engineers have been living a hell on Earth since this pandemic. Everyone, in fact, is looking for automation built upon data with Jupyter and Django. Is Python automation still the most relevant form of Machine Learning? Well, technically yes, but for way smaller tasks than you could possibly imagine.

Django and Jupyter, in fact, are used to automate CRM, marketing events, invites, long email lists and messages to better target users and interact with them without having to rely on customer services and cold calls. Automation has seen the peak of requests in the recent outbreak and, given how many companies are investing dozens and dozens of millions into this matter, we can safely say it will most likely grow even after this global pandemic. Machine learning applied to day-to-day tasks shouldn’t be a concern though, we’re not yet ready to be overtaken by robots.

The usage of these technologies has become more prominent in the world of tech at all levels and, given the fact that many developers at all levels have decided to step in to create the future of tech in this hard times, it’s quite safe to say that monitoring what’s happening now in the technology world will most likely set the foundation for the future to come. The pieces of technology mentioned above are definitely going to become a staple regardless of the outcome the world will face after this outbreak, therefore, if you’re keen to learn them, now it’s your time. 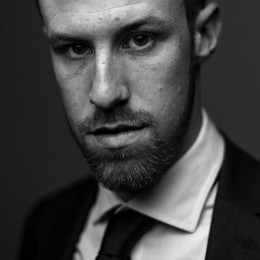 Paul Matthews Author
Paul Matthews is a Manchester based business writer who writes in order to better inform business owners on how to run a successful business. You can usually find him at the local library or browsing Forbes’ latest pieces.