Communicating is a basic human need and now, even this has gone digital with online chat platforms.

In fact, As of March 2019, over 41 million mobile messages are sent in an online minute.

This brings us to the next questions: i.e. what makes the best chat app and what are the best languages to build a chat app.

What is White Label Chat App?

A White Label chat platform would be the best approach to building a chat app. This is because a White Label Chat App does not provide any vendor-specific branding for example the vendor’s domain or logo. It also allows a host of customisation like adding one’s own logo, and colours, creating a separate messenger that is different from others as well as being easy to publish on Google Play or the App Store. This makes a White Label chat platform the preferred solution to build an online chat platform!

One needs to consider the multiple kinds of languages available that suit individual needs before choosing the best.

Languages are not only decided by whether the requirement is to build a chat app for Android, iOS, the Web, or cross-platform, but also by whether they will be used to build the chat platform’s front end or back end.

Front End vs Back End Programming Languages – What are they?

Very simply, the front end is the UI (User Interface) of the program. Therefore, this is what the customers of the app will interact with the most. The front-end programming language is used to create the look and feels when one builds a chat app.

Similarly, the back-end language is used to do everything that the end-user does not interact with and is used to build the server-side. The back-end programme is responsible for having the logic in place that makes requests put in by the customer a reality.

Since the front end is geared towards user experience, the kind of program used to build the chat app depends on whether it will be used on Android, iOS or across a variety of them. Here are the best languages to use across all these to build a chat app.

Java has been the language of choice since Android made its official debut. In fact, most of the programming languages for Android are based in some form or the other on Java, therefore is almost a no-brainer when trying to build a messaging app.

Some advantages of using Java

Kotlin is a much newer program that came out in 2016. This is also because while Java is object-oriented, Kotlin is both object-oriented and has functional programming features. This makes it a great choice when looking to build a messaging app.

Some advantages of using Kotlin:

Now that we have seen the languages available to build the best chat app for Android, let us look at what it looks like for iOS.

Objective-C is one of the oldest programmes created by Apple. It is based on the C programming language with added object-oriented capabilities

Some of the advantages of using Objective-C are:

Swift was introduced by Apple in 2014. Swift has a much easier syntax to work with. If one is looking at building the best chat app for iOS, Swift is a great choice because:

Unlike the requirement to build a chat app for Android or iOS, it is slightly different for the web. That said, there are a few options available there too

Plain vanilla Javascript is always an option to be used. Considering it is more than 20 years old and is so popular, it does have a few benefits too.

Angular is an open-source framework that was developed by Google. It has a standardized application structure that works well. Some of the advantages of using Angular are:

React is one of the most popular libraries used for the front-end development of apps. Given that it is so popular, there are various advantages to using it:

Finally, we come to what languages can be used while building the front end for the best chat app that can be used across the different OS

This is a framework built upon React and is built for native platform APIs. The advantages of using React Native are:

Ionic is a unique and interesting framework because it can be used across platforms like React, Angular, or even Javascript. Some of its advantages are:

The capacitor was created by the makers of Ionic but both can be used independently as well. It has a lot of advantages like:

Erlang is a language that is designed for many processes running parallelly. This makes it very suitable when looking to build the best chat app. Its benefits are:

Go, also known as Golang was created by Google. Some of its advantages are:

Which Programming Language to Choose?

As one can see, to build a secure messaging app, there are multiple options available. Take the illustration below as a guide to choosing Front-end languages.

To choose a back-end language, it is best to go with familiarity and skill rather than a particular language’s features.

Hopefully, this guide has helped ease apprehensions and doubts about open-source object-oriented building a chat platform. The best way forward would be to understand your specific case and project requirements and use this guide to decide the languages and framework to use 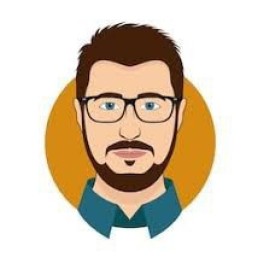 richard john Author
Richard is a Product Marketer, helping providers of the various industries like healthcare, education, etc., to elevate their conversation value with the help of powerful communication solutions to drive better communication experience.