The Android ecosystem is a highly demanding mobile operating system, with a market share of more than 85 percent and more than 3 million apps on the Google App store, ranging from calendars to browsers to social media to games and many other categories of apps. Android is the market leader in mobile app development services.

Let’s have a look at the most promising trends that this platform promises to offer in 2021.

Instant apps allow users to try out applications without having to download them, allowing them to use the web more quickly. Example ticket booking app, event management apps, delivery apps, etc.

The introduction of cloud computing has increased businesses’ technological acumen. AI’s new features have the potential to boost organizational productivity by up to 40%.

Certain technologies can help mobile apps respond faster. In the developer community, these technologies are referred to as application performance management and mobile enterprise management systems.

Businesses have been able to target specific clients thanks to beacon technology. These are unique devices that can communicate with any mobile device within their range.

When compared to 4G networks, 5G technology is much faster. This technology has a high radio frequency and speeds of more than 100Gbps.

The majority of our emails, meeting details, contacts, messages, and so on are stored on our cell phones. Smartphones are now being used in conjunction with other devices such as smartwatches, smart TVs, haptic devices, and so on, thanks to the development of various applications.

Android Jetpack is a collection of tools, guidelines, and libraries that aid developers in the creation of applications. Its primary goal is to make developers’ lives easier.

Kotlin’s multi-platform project, which is used to replace Flutter, is a fantastic feature. Kotlin’s main goal is to allow code to be shared across platforms.

On-Demand Apps are a growing trend that is expected to be widely used by 2021, allowing tasks to be completed more quickly.

Mobile wallets such as Google Pay are used as payment gateways, and it is expected that these payment apps will improve their security features in 2021 in order to increase customer acquisition and provide uninterrupted services.

Augmented Reality is a relatively new trend for Android applications that will dominate the market in the coming years.

Motion Layout is more than just transitions between layouts; it is also about animating every layout property. It directs developers to display each point in the transition based on the condition.

Users prefer to shop online rather than in physical stores, resulting in an increase in the number of Ecommerce applications.

According to studies, only half of the smartphone users have some form of protection on their devices. The Android App Store has over 3 million applications, many of which have been reported as malicious.

Accelerated Mobile Pages (AMP) aids in increasing the organization’s visibility to its users, primarily through higher rankings on search indexes.

As the weight of heavy data loading has been reduced, developers are turning to cloud-based apps.

The ever-increasing popularity of wearable gadgets has resulted in an increase in demand for apps that cater specifically to this segment and assist users in effectively integrating their gadgets into their daily lives.

With these 20 mobile app development trends, it is safe to say that the Android OS is progressing toward providing a better user experience. 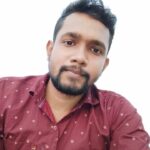 Somnath Halder Author
Digital Marketer with a demonstrated history of working in the information technology and services industry.