Flutter has carved a position of power for itself with top-notch output and reduced developer effort in a world that is fast embracing cross-platform app development. The Flutter web development community is growing in numbers every day as Flutter continuously updates features and offers up new version releases. Flutter 2.2 is the latest offering from the framework’s creators, Google, and man, does it pack a punch!

Flutter 2.2. builds upon the foundation of Flutter 2 with a view of helping enterprises to create hyper-efficient cross-platform solutions for industries across verticals and segments and in helping them fulfill business requirements effectively. Flutter2.2 focuses on refining the developer experience b offering enhanced performance, stability, and customer appeal. Flutter 2.2 is less of a new version and more of a service update that keeps stability and fine-tuning Flutter 2’s features as its prime directive.

Flutter 2.2 also carries guides for developers assisting them in creating a unified source code base that supports multiple platforms with features that are pre-requisites of stable and high-utility production applications.

The number of Google-based products deploying Flutter to their development efforts is increasing by the hour, and Google cannot be happier.

The key highlights that make Flutter 2.2 stand out from the competition

The latest release of Flutter sports major improvements in terms of performance. With Flutter2.2, web application service workers can be deployed to background caching. Both Android and iOS developers have been offered platform-specific features that follow the mobile app development trends to stay up to date in IT industry.

Flutter2.2 also sports a DevTools suite replete with features that enhance memory allocation during runtimes and thus boost performance. All feature additions and updates in Flutter 2.2 offer the user faster load times, better in-app experiences, and enhanced performance regardless of the platform being used. In addition to the above, Flutter 2.2 also includes support for 3rd party extensions.

The Ads SDK in Flutter 2.2 supports features like null safety enabling developers to prevent null exceptions. The Ads SDK also sports adaptive banner formats along with relevant codelab and an updated plug-in. All new projects in Flutter 2.2. sport null safety enables as a default. With the inclusion of null safety as a toggle on/toggle off safety feature, developers are empowered to become more confident and creative when writing app code. Dart’s Pub package manager sports over 500 packages, each of which has been converted to null safety.

Google has served as the support system behind Flutter, and Flutter 2.2 witnesses this symbiosis grow stronger. Google has developed a new in-app payment plug-in that is connected with Google Pay with support for both Android and ioS. Flutter 2.2 ensures that the teams of a Flutter development company experience a stronger and more extensive connection between apps within Google’s ecosystem and allows for enhanced collaboration with partners.

Dart 2.13 also includes backing for type aliases resulting in easily readable code and simple refactoring. Flutter2.2 Comes with Dart2.13 as default, and Dart 2.13 is also available as a stand-alone download.

Flutter 2.2 supports cross-platform app development that includes diverse form factors like tablets, PCs, and mobile while catering to diverse input styles ranging from navigation drawers to system menus. Flutter 2.2 can be deployed to create platform-adaptive applications capable of adjusting to the specifications of the target platform.

Flutter2 was stable with the web as a platform, and this stability has only been enhanced in Flutter 2.2. The new release optimizes caching behavior with an intuitive loading mechanism for service workers. The framework’s web renderers have also been updated to support HTML font features, text rendering through canvas APIs, shader mask support, and opacity masks for transitions. The semantic node position has also been improved to enhance accessibility and bridge the gap between mobile and desktop applications.

Scrollbars are not part of the default interface in Android and iOS applications. In the case of desktop apps, UI principles state that the scrollbar must occur automatically when the length of the content surpasses the area of the screen. Other frameworks require you to add a scrollbar widget. However, in Flutter2.2, the addition of a scrollbar widget wherever necessary is automatic.

Cupertino page transitions are a lot smoother for iOS, given that Flutter2.2 reduces frame render times, adding value to both the developer performance and end-user experience. With incremental iOS installs being implemented, installation and testing turn-around times have also been reduced.

Flutter 2.2. sports two separate PRs that add new Material icons, including an icon for Dash. It is easy to search for the required Material icon using a list bifurcated into names and categories included in Flutter2.2’s icon library. The addition of Dash to the app being developed has also been simplified to a great extent.

Powered by Google and boosted even further by a rich and skilled community, Flutter 2.2 has acquired key enhancements, making it one of the most desirable and efficient cross-platform app development frameworks. Partnering with a Flutter app development company can prove to be crucial to the success of your app development initiative as well as your business. It will be interesting to see what future releases of Flutter will have in store for developers and the user.

Developers can reach Flutter’s latest release by upgrading their original installation or starting a new installation.

One in every eight apps in the Play store is built using Flutter. The official number of Flutter apps on the Play Store is 200,000. Apps of all types deploy Flutter to their UI development to craft deeply appealing yet intuitive multi-platform experiences for users across the globe.

Flutter has continued to enhance its utility with each iterative release and draw in an ever-increasing fan base. The user community is hyped to leverage the framework’s potential, and the popularity of Flutter 2.2 is proof. 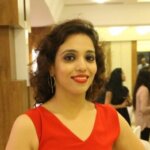