As the years counting is increasing, the number of mobile phone users across the world are also increasing. And so does the number of mobile apps. Do you know that there are more than across Android, iOS, and other platforms? Mobile apps are still in demand because of the continuous increase in users and with time the user’s expectations also change.

But have you ever wondered how these astonishing mobile apps get developed? What tools or mobile app development frameworks are used for developing these apps?

Well, a common user may not bother to ask these questions. But if you are an entrepreneur, mobile expert, business, who are trying to make a presence on the mobiles of their audience, then you must continue reading this article.

These mobile apps are able to fulfill all our demands and help business organizations to strengthen their market presence. It is a complete win-win. However, the question still not answered is “How can we develop an app?” Well, you have to hire a mobile app development company like us for this.

In this article, we will be knowing the best mobile app development frameworks to develop mobile apps in 2021. But before beginning that let’s know what actually is a mobile app framework?

In today’s time, mobile apps are one of the best ways for businesses, startups, and organizations to strengthen their user base. All of it worked really well in favor of mobile app development companies.  For developing an astonishing mobile application you don’t need to learn highly complex programming languages but a sound knowledge of a mobile app development framework and command over web-based languages like HTML5, CSS, and JavaScript will work.

There are many components of which a mobile app development framework is comprised of such as toolsets, compilers, debuggers, coding interfaces, etc. The role of the mobile application developer is to write the source code of an app. Thereafter, the framework will render the app for desired mobile platforms using different components.

There are various kinds of mobile app platforms in the market, however, the popular ones are Android, iOS, and Windows. There are 3 different types of apps as well on the basis of how the app works on a device.

The native apps are developed for particular platforms such as Android, iOS, and Windows.

These are the websites applications which work on the browser of mobile.

The hybrid apps are the amalgam of both native & web apps. They are mostly developed using these frameworks:

In terms of functionality, and quality, native apps are really the best. But they are also quite costly to develop. Also, they can’t work on any other platform other than they are developed for.

Hence, if you have budget constraints and want to reach a wider range of audience, then it is better to go for the development of the hybrid app.

React Native is one of the most popular open-source frameworks across the world. This framework was developed by Facebook. The framework is cross-platform by nature and is also known as a hybrid platform. Thus, you can develop Android as well as an iOS application using this framework. Its faster development and development process is one of the major reasons for its popularity.

There is a huge community of React Native mobile app developers by Facebook, and they have thousands of tutorials and solutions. Hence, if you get stuck in any issue, you can easily get help.

You can develop apps for Android, iOS, and even for desktop using the Framework7. The apps will have a native look and feel. This framework is completely open-source and is easy to learn. If you are having sound knowledge and experience with web-based languages such as HTML, CSS, and JavaScript, then developing apps on Framework7 would be a cake-walk.

It also comes with additional support for Vue.js, Reacts, and Svelte. The USP of Framework7 is its stunning set of UI elements. You can find features such as popup, action sheet, list view, layout grid, side panels, etc.

Flutter is another very popular name in mobile app development frameworks. Backed by tech-giant Google, this framework is based on the programming language Dart. It is also cross-platform in nature and is a hybrid platform. Using this framework, the developers can make changes in the code, and edit in the running application simultaneously. Earlier, the mobile app developers used to wait for a few minutes to check the changes in the app.

You can develop the apps for Android, iOS, Windows, Mac, Linus, etc using the Flutter framework. Many popular companies such as Google Ads, Dream 11, Groupon, Topline, Hamilton, Alibaba, etc. are using this framework for their mobile application.

Xamarin is a cross-platform mobile app development framework for developing Android & iOS apps. It uses C# language thus requires quite less code. This also makes the coding process faster. You can also share the code across different platforms such as Windows & macOS quickly. It supports Android 4.0.3+, iOS8+, and Windows 10.

It comes with near-native performance, with native user interfaces. It also has great community support and access to native API. Currently, the IT giant Microsoft owns Xamarin. Hence, the integration of Microsoft visual studio is another bonus for developing apps with better control & efficiency.

Swiftic is a DIY mobile app solution that lets almost everyone create apps for their businesses or organization. It is easy to create an app using this framework. The developers are allowed to import existing content online and don’t have to start from scratch.

The user interface is quite easy, along with expert guidance, and a beginner-friendly approach makes it a very versatile mobile app development framework. The other trends of this framework are push notifications, social media feed, app promotion, etc.

Ionic is a very preferred framework by mobile app developers as it uses HTML5 for developing hybrid mobile apps. It is an open-source SDK framework that has been developed along with Angular and Apache Cordova. Using SASS comes with different UI features that will help the developers for creating interactive components. It uses JavaScript, HTML, and CSS and transforms them into native code for making the application compatible with mobile devices.

It is an ideal framework for developing hybrid apps and progressive web applications. The apps built on Ionic can be distributed on different app stores.

This is another JS framework that can be used for developing both mobiles as well as web applications. It is an ideals framework for developing data-intensive apps and is mostly a go-to mobile app development framework for building enterprise apps. There are more than a hundred pre-integrated UI components in the Sencha Ext JS.

Some of the high-performance UI components are D3 adapter, trees, HTML5 calendar, grids, etc. It has a very flexible layout system across different browsers, screen sizes, or devices.

Adobe created an open-source project PhoneGap. It has been powered by Apache Cordova which is used for developing platform-independent apps, however, uses a command-line tool. Like the other mobile app development framework, you can use web-based technologies such as HTML5, CSS3, and JS. It is an ideal framework for faster mobile app development. Online build service is also available in PhoneGap.

This framework was developed in 2009 and after 12 years, it is still among the best frameworks for developing Android mobile apps. You can develop apps for Android TV, Smartphones, Smartwatches, etc. using the Corona SDK. It is also best suited for developing gaming apps with better graphics quality. It uses a robust lightweight scripting language Lua.

You can also test the end-products on real devices instantly.

This is a cloud-based framework that offers a very flexible mobile app developing environment. The developer can build HTML5 mobile apps with Apache Cordova quite easier. Initially, it was started as a cloud IDE but then modified for creating desktop GUI tools and command-line tools. It also comes with an extension for Visual Studio and supports Angular, Reacts, Vue, and many other frameworks.

This framework is dedicated to developing iOS apps. You can develop the iOS app using this framework for almost any iOS device such as iPhone, iPad, WatchOS, Apple Watch, tvOS, etc. It has been written in Objective C language. You can do multi-tasking, gesture recognition, and local notifications. 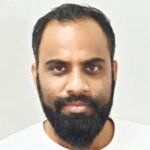 Vivek Khatri Author
Mr. Vivek has been working in the IT industry since 2005. He has extensive experience in eCommerce technologies such as Magento, Shopify, OpenCart, and BigCommerce. He also specializes in eCommerce solutions including shopping applications, mobile wallets, and other on-demand apps He has helped in shaping Emizentech as a leading eCommerce development company and helping clients with mCommerce and salesforce solutions.