Skip to content
Recent News
How to Internet Tips & Tricks

It’s imperative for any business enterprise to install state-of-the-art network infrastructure so that the communication system with its divisions can be fast and cost-effective. This is achievable with the effective application of Multi-protocol Label Switching. Unlike conventional routed IP network system, an MPLS network does not depend on a single protocol.

Instead, it utilizes a packet forwarding technology to direct data over a wide area network. Business enterprises can reap several benefits with the utilization of the MPLS network technology.

Traditional virtual private networks that use public IP infrastructure to transport data have no way to guarantee quality or consistency of service and face problems with bandwidth, jitter, latency, and packet integrity. MPLS network infrastructure provides a way to transfer data earlier and more cost-effectively between any two locations on an IP network and provide guaranteed levels of service when distributing intensive bandwidth data like the voice or video.

MPLS has the benefit of providing a high-speed data transmission service with guaranteed service levels at a fraction of the cost of a private network. Also, there are competing standards, like the Provider Backbone Transport standard proposed by some Telco vendors for metropolitan Ethernet delivery. It is possible that MPLS networks will totally replace today’s existing packet forwarding technologies. Read this article to know some of the main advantages of using MPLS technology.

The Advantages of an MPLS technology in the MPLS network infrastructure

In an MPLS network, an individual label is added to each packet of data. Furthermore, each of these packets can be forwarded across many routes of data transmission. Thus, the network itself can heal most of its internal network problems simply by transmitting the data through an alternative label in the event of an outage. There are several other benefits of using this technology. Some benefits are given below:

When a business needs to expand its customer base, it may also require establishing new branches in different locations. The more locations, the more difficult it becomes for a business to maintain its network. However, with effective implementation of an MPLS network, the task becomes easier. Usually, Multi-protocol Label Switching is configured on the edge router of the service provider.

Thus, the service provider can take care of the installation and maintenance of the router at each site. Therefore, maintenance and configuration of Multi-protocol Label Switching technology are cost-effective and hassle-free for any business enterprise.

Like a VPN system, an MPLS network also creates a private connection between two or more sites. This makes the data transmission system of an organization more secure and efficient. However, unlike VPN technology, the MPLS network infrastructure does not use the public internet or any other public data transportation modes. On the contrary, it uses service to a provider’s private network.

Not to mention, this reduces the risk of data theft or data loss to a large extent making an MPLS network the choice of most enterprises.

Since a network doesn’t use the public internet to create network connections between two locations, there is no requirement of installing RAM and CPU cycles for each router. This reduces the cost of network installations and makes it easy to maintain the system as well.

Moreover, in most cases, the MPLS network is shared with a wide area network. So, it does not need separate physical connections, which ultimately save a lot of investment. So, now that you know numerous advantages of using Multi-protocol Label Switching network, you can use this for developing your business as well. 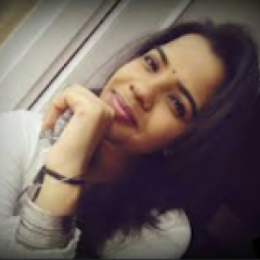 Binita Kalpit Author
Binita kalpit is a free lancing writer for over an year with deep interest in Data Centers and Cloud computing. She is one those who like to share her knowledge with everyone to spread awareness. In her free time she likes to write songs.