SFP transceivers are the latest pluggable optical module connected to a switch or other network devices to a fiber or copper cable. Most commonly used to add fiber ports, the primary objective of these SFP fiber modules is to enhance network communications with the help of these smaller footprint devices, in a cost-effective manner.

As we know, there are different types of SFP transceiver module (primarily SFP & SFP+) that look similar in their appearance. This way, most users get confused in selecting the right product for their networking needs. While most switches can both support SFP+ & SFP modules, both the devices are different in their approach.

So, are these two modules exactly the same? Is there any difference in their functionality? What’s the difference between SFP & SFP+? Let’s find it out in this piece.

These media-specific transceivers are based on SFF-8472 & IEEE802.3 standards and function closely with the SFP module cable to support speeds up to 4.25 Gbps. Their optimal size allows these hot-pluggable compact drives to replace GBIC (Gigabit Interface Converter). Therefore, it is also called Mini-GBIC.

SFP+ is an upgraded form of the SFP module that supports increased data rates up to 16 Gbps. Further, the specifications of the SFP by choosing different SFP modules+ are based on SFF-8431. A primary difference between SFP & SFP+ also highlights the difference in distance of transmission; SFP offers a longer transmission distance.

It’s other most significant reason is the compatibility factor. SFP+ ports have higher compatibility with SFP optics, but offer a reduced data transmission rate at 1 Gbps. On the other hand, SFP+ transceivers aren’t compatible with an SFP port as SFP+ doesn’t support data speed below 1 Gbps.

Now that you understand the primary difference between the two transceivers, it’s time to troubleshoot some of the most common problems that arise due to this confusion.

Let’s have a look.

Check the compatibility of your SFP or SFP+ transceivers and slots:

Their looks make SFP and SFP+ modules completely similar (except their labels), this is a common confusion for general buyers. However, as mentioned earlier, if you mistake the SFP connection and plug an SFP device into an SFP+ port, it blocks the speed at 1 Gbps.

On the other hand, when you pair SFP into an SFP+ module, there are no results. This way, you can easily understand the compatibility and correct the mistake of the slots.

Ensure that the wavelengths of your SFPs match at both ends:

Data transmission is the rate of packet data that flows from one end to the other. The SFP+ transceiver helps in the conversion of optical signals from one end. This device helps transmit light via lasers on another end.

Now, to ensure that your SFP+ is working seamlessly on the other end of the device, the transceivers used at both ends should be able to support a similar wavelength.

Example: If you use a 1310nm transceiver, it will not be able to receive signals from an 850 nm transceiver. Therefore, when it fails to interact with each other, you know where the problem exists.

Are you using the correct multi or single-mode fiber cable?

Still having transmission troubles? Even when you are sure that you didn’t mix up SFP and SFP+ and both the transceivers have similar wavelengths on either side? If yes, it’s time to ensure that the optical transceivers on both ends are using a similar fiber type (single-mode or multi-mode). Here’s a short explanation to help you further:

Single-Mode Fiber (SMF): It features a narrow core (typically around 9μm), the single-mode fiber is used to transmit data over longer distances.

Multi-Mode Fiber (MMF): Multi-mode features a wider core when compared to SMF (generally between 50μm or 62.5μm). Multi-mode fiber is used to transmit between shorter distances.

Are both the ports of your network hardware compatible with your SFP/ SFP+ modules?

Even when you are using SFP+ or SFP modules, ensure that both the devices support the SFP modules that you have plugged into them. The last troubleshooting tip advises you to use network hardware that is compatible with the desired SFP modules.

Selecting the right SFP module from an online marketplace for sellers can be a confusing task, especially when you have confusion around the basics. Now that you have your basics cleared, we hope that you face no issues while selecting a compatible SFP or SFP+ module for your system. All the best! 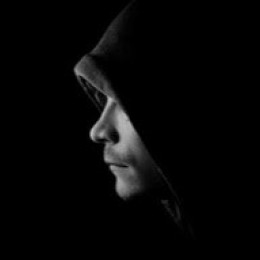 Josh Argenton Author
Josh Argenton is a well-known blogger who has been writing for the last several years. He has written blogs and articles on a wide range of topics including technology, health & beauty, sports, business, food, animal, entertainment, home improvements and much more. He helps brands share unique and impactful stories through the use of public relations, advertising, and online marketing.