So, in this particular blog, we will deep dive into the Top five Regression Algorithms which fall under the family of Supervised Machine Learning algorithms. By formal definition, we can say that Regression algorithms predict the output values based on input features and build a model depending on the features of training data and finally predict the value for new data with the help of the model.

One of the most commonly used regression techniques used for classification problems is Logistic Regression. It is the most beneficial model in the industry sectors as it can be extensively applied across credit card fraud detection and scoring or maybe in clinical trials. Some of the major advantages include that it is easier to implement and interpret, one can include more than one dependent variable which can be dichotomous, and it provides a quantified value to measure the strength of association consistent with the rest of variables. Despite its popularity, it has some drawbacks too such as citing a lack of robust technique and also a great model dependency. Moreover, Logistic Regression should not be considered in cases when the number of observations is lesser than the number of features as it may lead to overfitting.

Are you a programming lover? If yes, then check out the latest article on how to Implement Logistic Regression using R.

The principal advantage of linear regression includes its simplicity, linearity, interpretability, widespread availability and scientific acceptance. Linear regression assumes a linearity between the variables but the data is rarely linearly separable and so the assumption turns out to be wrong many times. This regression is commonly used in financial portfolio prediction, salary forecasting, real estate predictions and in traffic when arriving at ETAs.

LASSO which stands for Least Absolute Selection Shrinkage Operator uses shrinkage wherein shrinkage means a constraint on parameters. The goal of lasso regression is to get the subset of predictors that helps to minimize prediction error for a quantitative response variable. The algorithm operates by imposing a constraint on the model parameters which cause the regression coefficients for a few variables to shrink toward a zero.  It is quite advantageous as it provides a good prediction accuracy, because shrinking and removing the coefficients reduce variance without a substantial increase of the bias. Lasso regression algorithms are widely utilized in financial networks and economics.

Support Vector Machine (SVM) is another most powerful algorithm with strong theoretical foundations and works relatively well when there is a transparent margin of separation between classes. This supervised machine learning algorithm has strong regularization, is more simpler and effective in high dimensional spaces, memory efficient and may be leveraged both for classification or regression challenges. On the other hand, SVM is not suitable for giant datasets or when the dataset contains more noise.

This technique is employed when there is more than one predictor variable in a multivariate regression model. It helps us to understand among the variables present in our dataset. Considered to be one of the simplest supervised machine learning algorithms by data analysts, this regression algorithm predicts the response variable for a set of explanatory variables.  These regression techniques are often implemented efficiently with the assistance of matrix operations  The main advantage is that the conclusion drawn after the implementation of this algorithm is more accurate, realistic and nearer to real life situations as compared to other algorithms.

The multivariate algorithm helps decision makers to seek out the simplest combination of things to extend footfalls within the store. 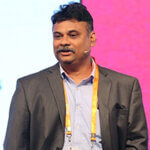