The lion’s share of the mobile operating system in the US is held by the iOS platform (which is approximately 57%). Therefore, if you want to make an impact in this market, you must invest in designing and developing iOS mobile apps for your business.

When you plan to create an iOS app, then you should first have knowledge about the iOS app development trends. You can choose from the different programs that are available in the market. Among these, Flutter has created a big place for itself amongst the app developer community due to the advantages it offers.

It is an open-source UI SDK that is created by Google to help app developers to design and build cross-platform mobile applications. It uses a highly dynamic Dart language that allows you to create apps for both Android and iOS having a single Codebase.

In this article, we will share with you some points which will convince you regarding why you should use Flutter for iOS app development.

Here is a list of reasons due to which you should use Flutter when you develop an iOS app for your business:

This open-source and free

Flutter has created opportunities to try out new marketing approaches. It is an open-source and completely free program that can be used by any iOS app developer. As it is open-source, it is completely open to the app development community. Google, which has created it, offers the users multiple support options, which makes open collaboration a great foundation for future advancements.

One of the USPs of Flutter is the use of the Dart programming language. Earlier, the app developer had to use Swift or Objective-C to build iOS apps. The new in-house programming language Dart created by Google offers amazing functionality and performance, which allows it to compile to the native iOS code.

The engine of this programming language structure is so designed that it meets all the requirements of providing almost native iOS performance without using other approaches. Furthermore, Flutter offers detailed and clear guidance for documentation.

Earlier, Apple used to offer Xcode servers to create native iOS apps. The app developers used to integrate Jenkins and Fastlane along with other CI/CD systems. Flutter, on the other hand, provides you with Codemagic CI/CD approach. This approach is created by Nevercode to remove the need for configuration. The new Codemagic immediately outlines, develops, tests, and packages the mobile app.

If you are a mobile app developer for the iOS platform (or any other platform) you might feel irritated when you have to wait during the coding process. This wait is due to the changes you need to make, recompiling the codes, deploying it to the device, and then bringing it back to that specific point at which you had made the change.

When you are using Flutter, then you can make use of the hot reload option, which modifies the development process and gives you the ability to manage changes very quickly. This tool helps in increasing productivity significantly as the time you need for any change has decreased sharply.

Creating UI is an important and long-drawn-out vision making process, which can be simplified with the help of solutions that are already created. While Apple supports UIKit to develop fast and powerful interfaces, Flutter in iOS app development follows a different approach, wherein it uses widgets instead of the UIView classes.

As the widgets are lightweight and immutable, they are applied for creating complex UIs. The Flutter app development helps in design system guidance through its Material components library which is very flexible. Furthermore, you can also leverage the Cupertino widgets for Flutter in iOS app development.

The testing process of mobile apps created to Flutter is quite simple. Google has provided a Flutter driver through which you can test the apps that you have created as well as get comprehensive documentation on them. When you test a mobile app, then it includes the unit, widgets, UI, and various functional levels.

The testing also allows you to check various processes and then run them on multiple devices like emulators, real devices as well as simulators.

The Dart programming language allows you to use JavaScript single-threaded solution through which you can process sequential tasks by await/async as well as asynchronous tasks. The developer can use the threadlike solution that allows them to isolate complicated tasks so that they deal with them comprehensively.

Lastly, Flutter does not need to run the code you have written on a certain platform only, the code can be run directly on the device using the Dart context. Your app development team does not have to depend on the iOS APIs to create native applications.

As you are interested in direct interaction, you have the flexibility to use ready options for utilizing the plugins. These are accessible through the Dependency Management System also called Hub. The Hub allows you to execute multiple tasks that are connected with network requests, navigation, usage of the third-party platform SDKs, or API interactions.

The Material design Flutter offers makes it easier to create prototypes. Flutter has specific widgets for the majority of its Material elements. The widget is one of the basic components through which you can build UI in Flutter.

The prototype you can create is very easy to use and also stand to standards as per the industry practices.

The points that we have shared with you in this article should convince you about why Flutter is the best option for creating iOS apps. You should hire the top flutter app development company to build the best iOS apps. It is a relatively new market player and has gained huge popularity as it is less error-prone and is competitively platform agnostic. Furthermore, it is very fast and easy to work with. 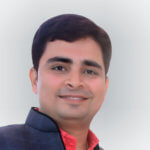