PlayStation VR, the advanced virtual reality headset has found a major popularity among gamers worldwide. In 2016, Andrew House, President of Sony Computer Entertainment confirmed the sale of nearly one million PlayStation VR Headsets in just 4 months. PSVR has also outbeaten close competitors – Oculus Rift and HTC Vive. But purchasing a VR headset is just the initial investment as you already know. Additional accessories are needed to fully enjoy the VR experience. The reason why PlayStation has found a place in millions of homes worldwide is because not much is needed to be spent on high-end equipment after you have purchased it, since it is compatible with most of your peripheral hardware. However, despite excelling at various things, PlayStation does lack in one key aspect – built-in headphones.

PSVR does offer headphones, but these are far from amazing. Although, PlayStation hasn’t released any headphone designed specifically for 3D audio, many companies have already produced incredible headphones to go with your PSVR and there’s a lot of market demand for them. Before you head to a store or look up online for these products know that there are many headphones that are specifically designed with PSVR compatibility in mind. But, to make the most out of your headset, there are several things that you should consider even before acquiring one. Such as:

Let’s take a look at some of the VR headphones available for PSVR in the market that will help you make the best purchase.

Sony Gold Wireless is Sony’s official PlayStation headphone which comes with a 3.5mm cable that must be connected to the PSVR. Many gamers prefer the PlayStation Gold due to its comfort and sound quality. These fit nicely over your head and stay in place. The feature works great, especially during intense gaming sessions. Also, the huge ear cups make for a comfortable wear even for prolonged use as the padding breathes well. Gamers can simply glide it over the head and the ear cups fall nicely in place.

The product is priced at $100 and comes in the mid-range. It is sturdy and built to last. However, the plastic make of the headphone can give the impression that it would snap if excess pressure is applied to it.

The Stealth Headphone from Turtle has a cushion headband design with ample space for HMD Cable Management of Oculus Rift and HTC Vive. The 3D sound is the best VR experience for gamers. Beach Stealth might be the right choice with compatible features and great sound design.

The over the ear-cups speaker along with the battery-powered amplification delivers high performance. The speaker button on the left earphone can be turned on and off. This is an important feature for VR immersion as the amplified audio system works well to adjust according to your spatial environment. When the amplification is turned off, the headphone battery can last up to 30 hours.

Stealth Headphone’s ear cups are made from memory foam, wrapped in breathable fabric, which ensures greater comfort. The overall design of the product is lightweight and comfortable. The microphone is detachable that can be removed from the equipment when not in use. The incredible sound feature is due to the variable bass boost.

The noise-cancellation feature keeps the VR world away from outside sounds. It eliminates any background noise created due to movement. The mic monitoring allows you to hear your own voice while talking to other players.

The headphone is a right choice for those that own Oculus Rift and HTC Vive. The changeable cables help users swap in between platforms. The product’s clever design fits the headset perfectly, but its plastic make isn’t that appealing. The reason is simple. The design is intended for mid-price range users. However, the lightweight criteria and versatility makes it more appealing in the price range.

Although 350 VR may not be the primary gaming headset, but the incredible design intended for VR immersion helps in creating the ideal surround sound experience. In fact, another reason why we have included the product in our top three list is its compatibility with other VR devices too. Stealth 350 VR is not just made for PSVR, but can be used with other equipment as well.

Many headphones fall out in the competition to reach the top spot due to the bulkiness of the headband. Plantronics RIG 4VR is an attempt to make the headphone as close to the “official” for PSVR. The unique oval shaped ear-cups and the wider plastic headband makes for an easier fit around the headset. The lightweight design is sturdy and can be stretched to fit around your head properly.

A standard 3.5mm jack helps to attach the cable. The cable can be split at about the right length so that it can be plugged in easily with the PSVR. The stylish appearance and robust design of the Plantronics Rig 4VR is lightweight. This is extremely important as the PSVR weighs around 610 grams. The bass of the audio isn’t excessive and gamers haven’t found it jarring. At a price of $70, the Plantronics RIG sounds much better than most other expensive headsets in the line. It is the 3D sound immersion that increases the VR environment for players.

Using the headphone for prolonged game play sessions doesn’t make you feel sweaty at all. It makes blocking outside noise impossible and gives you spatial awareness. It works well for other standard headset applications such as listening to music or watching movies.

The PlayStation VR Headset does not come with manual controls. To make adjustments, you will have to rely on the menus. The design and sound quality both fit your headset properly.

PSVR provides great immersive capabilities with just one major flaw – the absence of audio peripheral. Today, there are some decent options available for users to choose to get the best plug-in 3D option for enhanced gameplay. 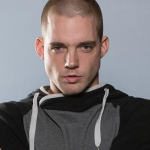 davor Author
Davor is writer for several tech sites and news portals. He started writing at the age of 11 for local school newspapers. Davor spends time with his dog and at the local nightclubs.