There was a time when getting good pictures used to be the responsibility of the camera person who in turn depended on the lens of his camera. We have come a long way from so many steps of communication to having our very own personal camera in the form of smartphones. With technology in our hands, we can experiment with it however we like. And because of a wide variety of features that we have inside a camera, there is an abundance of things that can be done with it.

Over the years many features have been embedded inside the camera like a flash camera, dual camera, autofocus and so on. Along with looking after megapixels of the camera these factors also contribute in enhancing the quality of your pictures.

When you take a picture of an object your smartphone captures the light coming from it. Inside the camera, a convex lens is used which is used to focus the incoming light onto the sensor which then creates a digital photograph that can be saved on to your smartphone. In reality what happens is a little different because the angle of incoming light rays depends on the distance of the object that is being photographed.

Earlier, when smartphones had just come out, the camera phone technology used fixed-focus lens only. Because of this, pictures clicked weren’t sharp enough ultimately losing out on a lot of details. Nowadays, almost all smartphones have the provision of adjustable focus on their rear-facing camera and so moving the lens back and forth in order to focus becomes easier. With the autofocus technology, you will be able to capture sharper images without them getting blurred or losing out on any minute details.

This autofocus system is based on trial-and-error method. So when you focus the camera on an object it needs to be moved back and forth in order to get the maximum focus. And to know when your object is in focus, your smartphone uses an algorithm in which it measures the contrast. When the object is in focus the level of contrast will be the highest and that’s how the image gets a sharp outline and vivid colors.

When the image is out-of-focus, the colors tend to blur into each other and hence lower level of overall contrast. One of the major problems with this type of auto-focus is that the phone doesn’t realize when it has reached the point of maximum contrast.

So it will first go past the focal point and then come back to the more focused image replicating the same scenario while taking the picture. Your image will sometimes become blurrier before it gets clearer. For this reason, Contrast-detection auto-focus is reasonably slow and doesn’t always work in low-light conditions.

Phase-detection autofocus is a faster and advanced method for focussing on images. In this type of autofocus, the phone’s camera analyzes the light as it passes through the lens. PDAF then compares the incoming light from two apertures on the opposite side of the lens.

Two cases will arise after this, either the picture will be in focus or out of focus. When it is in focus, the two light rays will give an overlapping intensity profile. When the image is not in focus, the system will automatically decide how much to focus instead of the going back and forth motion used in contrast-detection autofocus.

PDAF is extremely fast and accurate as it only takes 0.3 seconds to focus on an image and there is also an availability of continuous focus which makes taking images of moving objects extremely easy. Generally seen on DSLR cameras, this technology started off with high-end smartphones like Apple and Samsung but now it has made its way to affordable smartphones like Panasonic Eluga Ray 700 (13MP rear camera with PDAF, priced at INR 9,999/-) by Panasonic India smartphones that have been making our lives simpler and better from the past 100 years with their innovative products. Second to it comes Xiaomi Redmi Note 4 (13MP rear camera with PDAF, priced at INR 11,999/-).

Laser autofocus doesn’t rely on incoming light like the other two. Instead, the phone emits its own beam of infrared light towards the object and decides the time for the light to be reflected and is then able to calculate the distance to the object.

Essentially it uses the principle of RADAR and it takes about 0.276 seconds which is marginally faster than PDAF. Despite its advantages over PDAF, it is only effective up to a certain distance and is extremely expensive. Also, it requires additional hardware and hence it is available only on high-end smartphones.

With the option of different types of autofocus within the camera feature, there is so much that you can play around with. Now that you know how your smartphone focuses to get a good picture, you can make an informed choice and enjoy the benefits of this hidden gem of a feature. 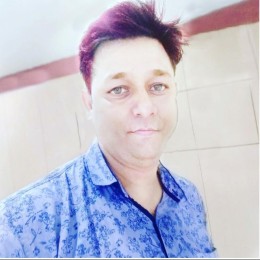 James Grills Author
James Grills is a technical writer with a passion for writing on emerging technologies in the areas of mobile application development and IOT technology. He is a marketing advisor - currently associated with Cumulations Technologies, a Mobile App Development Company in India