The mobile gaming industry has come a long way since everyone enjoyed the game Snake on their Nokia mobile phones. However, these days, it has become the second nature of people to download more sophisticated games with various categories on their smartphones. Most of these games are either free or cheap to buy, and users can download them from the app stores. Mobile game development companies, without a doubt, have been behind this substantial advancement of the industry.

According to the revised Newzoo research, mobile games make the largest sector of 47 percent with an estimated worth of $63.2 billion out of the estimated global game market of $134.9 billion, in the year 2018.

However, the question is if mobile game development companies have come this far in the last two decades, then what does the future holds for the mobile game industry?

The past of mobile games

Going back to 1973, the year when Motorola built the first-ever mobile phone, nobody back then could have imagined the time when we would be playing games on mobile phones. With the expansion of technology, the ways of playing games also changed around the world.

The first mobile game in the history of the industry was the mobile version of Tetris on the Hagenuk MT-2000 device, introduced in the year 1994. However, in 1997, Snake on Nokia devices become one of the most popular mobile games of the time.

In the earlier days of mobile games, the hardware could not support rich graphics games, and the device battery was another problem for running games. Games were just one of the many features of mobile phones at that time. No one could have predicted that this feature would one day become a multi-billion dollar industry and a huge platform for mobile game development companies and mobile game developers.

The present of mobile games

Most of us have personally witnessed the predominant breakthrough of smartphones in the communication sector. This major achievement is backed with extreme R&D and market analysis, which is followed by the continuous versions of exceedingly advanced devices introduced in the market. With each generation, the features improve in terms of better hardware and software to more efficiently support mobile games.

Game developers are switching towards PC and mobile game development from the living room consoles, with the improvement of gaming technology. Mobile platforms are cheaper, they help developers avoid restrictions that come with consoles, and they don’t require assistance from the publisher. Moreover, with the inception of Android and iPhone, the quality of mobile game development has gone beyond the console games.

Betting on Billions: Unlocking the Power of Mobile Gamers, a report by Blizzard Media and Newzoo, predicts that globally an estimate of 2.4 billion people will play a mobile game in the year 2019. The report shows how mobile games are becoming the preferred way of playing games around the world.

Furthermore, most of the highly applauded mobile games have just the right combination of fact and fantasy, with an emphasis on graphics, story, sound, and replay value. Some of the leading mobile game categories of mobile game development include:

The popularity of battle royale games, such as Fortnite and PUBG Mobile, have attested that the industry has reached the technological advancement where mobile gaming experience between console or PC and mobile is seamless.

However, while battle royale category of games continues to make the headlines, they are only one of the many facets of the mobile gaming world. Recently there have been new titles that have topped the charts, such as Jurassic World Alive and Harry Potter: Wizards Unite. This popularity has been a major factor in the revived investment in AR technology within the industry. It also explains the recent breakaway success of Pokémon Go.

Another technological advancement in the mobile gaming industry is from AI, and it helps you customize the experience of players by analyzing how they interact with the game. A lot of mobile game development companies around the world collect data to make AI part of the experience they provide. A great example of AI-enabled games is The Walking Dead that shows how different choices players make change their experience.

The future of mobile games

If we have learned anything from the history of the gaming industry, it is that the future is full of excitement. However, the future of mobile games is only going to bring unmatched and exciting futuristic technologies that make the gaming experience more personalized and interactive.

Besides, recently some mobile game development companies are trying to work through the physical barrier of mobile games with the help of sensation technologies. This enables gamers to play the game and also feel similar physical sensations that add to their overall gaming experience. This new technology is the right blend of computer science and physics with the main purpose to make the gaming experience more realistic.

However, when it comes to technological advancement in the mobile gaming industry, one has to talk about the contribution and potential of AI for both players and developers. AI is one of the reasons why mobile game development companies and studios are heavily investing in this technology. For example Electronic Arts a gaming giant that has created its R&D section to explore new technologies and cultivate revolutionary opportunities for the industry.

Most of the industry experts will say the same thing, in the true sense, the future of mobile games is unpredictable. However, we know that the built-in hardware and peripheral accessories make great impact on how players play mobile games. Another imminent aspect of the mobile game could be gaming devices, like wearables and VR sets. Whereas, the introduction of new technologies like AI, sound sensing, motion sensing, and head tracking, can also change the future of the industry. At this point the only thing we can be sure of is that analyzing the journey of mobile games from its inception to the present, the future will bring us to the edge of our seats. 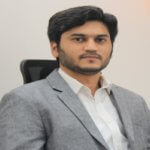