Regression testing is a part of software testing that ensures that the previously developed and tested software align well with changed version of the other software. In other words, it facilitates the developers in knowing that their software continues to behave in an expected manner even after making the changes.

The motive behind regression testing is to check that the new code does not trigger an old bug or defect which might have been left unfixed during the past test cycle.

What Is Automated Regression Testing?

As regression testing is repetitive therefore developers and testers consider it to be a time-Consuming process, so to speed this up testers use automation regression testing tools. When we say automation, it implies a series of pre-written scripts which are executed after a code is changed with negligible or no human interference.

There is so much involved in regression testing. The tester needs to examine all the aspects of the system, fix the root of the problems, monitor the project over an extended time frame, and define how the code change was triggered. To handle these challenges with ease and also to integrate regression testing into the general project management framework the companies use automation.

By automating regression tests, it is possible for developers or a company to achieve a number of desired outcomes that not only would enhance team agility but also increase product quality.

How To Automate Your Regression Testing?

Regression testing includes high coverage and is little complex making it a multi layered process to pursue. Here are a few steps that automation testers could follow for a smooth automated regression testing workflow.

The report can include the following parameters:

To pursue such goals, a lot of tools are available in the market that allows leveraging automated regression testing, however, the selection of test tool entirely depends on the requirements of the project. Therefore, a tool selected must offer capabilities to update the test suite similar to the Regression test suite that needs frequent updates for effective results. 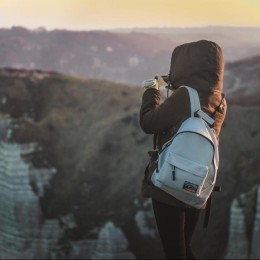 Claire Mackerras Author
Claire Mackerras, is a Senior QA Engineer & Editor associated with Bugraptors.  A CMMi5 certified company with extensive experience as a third party testing vendor in US and India. She is passionate about writing on technological trends for manual & automation software testing.  She likes to share her knowledge, for the readers who are interested in exploring testing tact’s and trends.