As environmental concerns grow, more people are having solar panels installed on their homes so that they may generate their own electricity. More and more people are spending less.

It’s fantastic that the Philippines has only two seasons: wet and dry. Yet no matter the season, it’s still undeniably hot. Air conditioners are constantly running to keep homes and offices cool. As a result, this entails higher electricity bills because utility companies always raise electricity rates during peak seasons or whenever demand is strong.

Higher electricity bills always mean more spending for the family, which is always a terrible thing.

Power is always necessary for individuals living in urban areas and shouldn’t be that expensive since energy relies on expensive fossil fuels and gases. If those elements are removed, however, you and the rest of humanity could have money equivalent to winning the lotto just from saving electricity.

Solar panels are just the perfect investment in a country where the sun never fails to shine. They aspire to replace the Earth’s dependency on costly nonrenewable fuels with the sun as an energy source. So, continue reading if you’re still not convinced about how and why solar panels can help you save money on your electricity bills.

Solar panels use photovoltaic (PV) cells to catch the sun’s energy and convert it to electricity. Solar PV cells are placed between layers of silicon-based semiconducting material. Electrons are knocked loose when light shines, causing electricity to flow.

To ensure that solar panels receive as much light as possible, they should be installed on a south-facing roof, though east- and west-facing roofs are also ideal.

Solar panels should be pitched at between 10° and 50°, with 30° and 40° being the best. While they’re usually installed on roofs, they can also be mounted on walls or on the ground. There shouldn’t be any nearby buildings or trees that could shadow the panels.

Solar tiles are also an option. However, they may be less cost-effective and often cost twice as much as a panel system.

When installing solar panels, an inverter is also included to convert the electricity generated from direct current (DC) to alternating current (AC), which most home equipment utilizes.

What are the Benefits of Solar Panels?

Investing in a solar panel system has various benefits, including the following:

Solar panels, as previously said, obtain energy from the sun, a free energy source. After your initial investment, the solar panels provide electricity practically for free. When the panels produce electricity and are connected to your electrical wiring, the house will use this electricity instead of the one offered by the utility company.

Because the meter won’t work, you’ll lower your monthly bill. But, there’s a catch. Solar panels only work when the sun is shining, normally from 6 AM to 6 PM.

Utility companies use coal, oil, and natural gas for powerhouses across the country. Because the prices of all three fossil fuels are subject to market fluctuations, homeowners may observe growing electricity bills over time.

When you install solar panels, you no longer have to be concerned about how much your energy company will charge you each month. They safeguard you against the escalating electricity expenses that’ll certainly occur over the next few years.

No maintenance is needed

You won’t have to deal with a utility provider, expensive repairs, or maintenance concerns if you install solar panels.

Solar panels seldom need maintenance or repairs once installed, so consider it a one-time investment for years of power. Most solar panel firms have warranties or service contracts with homeowners specify that they’ll come out and correct any problems that develop at no charge to the homeowner.

The sun won’t provide energy to solar panels 24/7. Numerous factors can disrupt the solar energy flow, such as haze, season, dust, time of day, clouds, and obstructions like dirt, shadows, and rain.

When the sun sets and the panels aren’t active, you can store extra energy in a home energy bank, which is compatible with most solar panel systems. That excess electricity generated by your system is stored inside the battery, allowing you to use it later or in the event of an emergency.

More and more homeowners are installing solar panels in their homes. It’s because solar energy releases no radiation, unlike competitors and other traditional types of energy, which emit smoke or other substances that are hazardous to the environment. Solar energy doesn’t leak radioactive materials and is never in danger of triggering a disaster.

Since the sun will always be around, the solar panel’s energy source is renewable and abundant compared to limited resources such as fossil fuels. Unsustainable resources will likely run out, especially when competition is tight in extracting them.

While typical power sources are huge, bulky, and noisy, solar panels are sleek and silent. People generally frown when considering the space and noise an active solar panel installation would create. However, even when operating at maximum capacity, solar panels don’t make a sound.

Time to Turn the Sun On

Technology and innovation continue to evolve. Solar-powered automobiles, bags, lights, and a slew of other devices are now in development by various companies.

As a result, major scientific improvements are behind moderately cost solar panels. Their importance in daily life will continue to be developed. The shift is palpable, and the possibilities are limitless. Join and invest in this technology today. What are you waiting for? 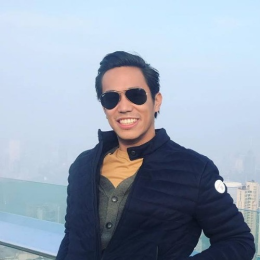 Enrique Hormillo Author
Enrique Hormillo is a Business Development Executive at SolarNRG Philippines. Its parent company, SolarNRG Netherlands is one of the largest suppliers and installers of solar power system in Europe. Enrique’s experience stretches beyond business development as he also works as a Marketing Director for a motorsport store -- further solidifying his business acumen.