Augmented Reality (AR) is getting strengthened by the day, the courtesy introduction of new players. A couple of months ago, in mid-June, Apple announced ARKit – a framework for developers to create stunning apps and games built for iOS 11. The tech war has been taken to next level with ARCore, recently launched by Google to compete with Apple’s ARKit. Undoubtedly, consumer expectations have taken a rise to have easy access in developing as well as using augmented reality applications for Android smartphones.

ARCore: An advanced and well-tested SDK

Initially, developers had linked ARCore with Tango SDK. This is because the depth camera coding of Tango was given a facelift in ARCore. Further, Tango SDK was made over with alteration of compiler flag. Mobiles with Android 7.0 Nougat and higher versions can capitalize on sophisticated augmented reality capabilities through ARCore. Physical objects in close proximity to the user would be detected for displaying AR content. Phone’s sensors would be used for identifying horizontal planes and blending the inputs with motion trackers’ data, objects in the ambiance would be dynamically lit through estimation of their light exposure.

ARCore is similar to ARKit in the sense that Java, OpenGL, Unreal and Unity would be compatible with it. Motion trackers, environmental detection, and light exposure estimation would operate through these platforms. Both AR scenarios would work seamlessly with smartphones readily available in the market without mandating the integration of sophisticated motion sensors or advanced camera lenses.

ARKit runs on iPads and iPhones that host iOS 11 or higher versions. This implies that if your devices run on either iOS 11 or Android 7.0 Nougat, you can simply download the app from respective App Stores and enjoy the features.

In ARCore, motion tracking is done by analyzing data from IMU sensor. Space around the device is mapped through feature points which help in assessing the device’s location and orientation based on its motion. Horizontal planes are detected through features comparable to motion tracking. The visual appeal of objects is enhanced through accurate detection of lighting. ‘Hit-testing’ module identifies intersecting light rays in the camera mode. Accurate placement of virtual object is accomplished through defining of anchor point against which displacement of an object is tracked over the definite time period. Based on historical data, ARCore keeps improving its ability to accurately identify surrounding ambiance and object’s position.

ARCore is definitely better than ARKit in terms of mapping. Its efficiency in gathering and storing localization data related to 3D real world is exceptionally good. The information can be used for localizing effects later on. In contrast, ARKit relies on ‘sliding window’ for the collection of location information. However, the amount of information that can be gathered and stored is limited. The visualization can be achieved only for recent past. ARcore is capable of managing a higher volume of mapping data and as such it’s stable data set allows in producing maps of real world for significantly protracted past.

To conclude, Augmented Reality’s technical brilliance and sophisticated have been taken to newer heights through innovative platforms offered by Apple and Google. In terms of inherent capabilities, both platforms offer features that are an equally cutting edge. However, due to the maturity embedded in ARCore owing to the comprehensive studies conducted by developers for bridging the shortcomings of Tango SDK and other AR platforms, ARCore experience is more gripping. ARKit scores over ARCore on the tracking and hardware reliability fronts. ARCore is increasingly trying to improve on these aspects. Apple already has established its dominance in the AR market owing to the widespread prevalence and penetration of devices with which it is compatible. Google, however, relies on the efficiency of OEMs and local market players to appeal to the masses. This makes the outreach of ARCore a bit lagging than that of ARKit. ARCore draws heavily from the experiences of research and development carried out during Project Tango phase. The insights garnered are being harnessed strategically to achieve better technological perspectives. Since existing packages are being rehashed with new technological inputs, ARCore is yet to announce its logo.

The reservations of OEMs are being mitigated by Google through its insistence that ARCore is already a segment of Google Mobile Services (GMS). To get over the Tango’s Android lock-in feature, the camera stack hardware commodification has been eliminated for better addressing bill of materials (BoM) expenses issues. More strategic development is underway to push ArCore as NextGen AR platform.

About Author
Lucy Kaith is a seasoned IT consultant working with Gateway TechnoLabs and predominantly writes about recent technology and trends in various industries. she has published many articles on various print media publications. 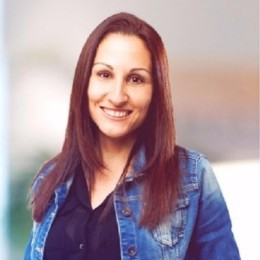 Lucy Kaith Author
Lucy Kaith is a seasoned IT consultant working with Gateway TechnoLabs and predominantly writes about recent technology and trends in various industries. she has published many articles on various print media publications.