It encompasses a wide range of tactics and strategies.

Startups aim to reach the broadest audience. The established brands want to boost their brand presence and recover from a brand image crisis.

As a result, no two PR campaigns are the same.

What is a PR Campaign?

Unlike paid advertising, a public relations campaign is a set of activities targeting a specific business goal.

The purpose of a well-executed public relations plan for the client should be clear.

For setting public relations strategy for the client, include more precise objectives.

The PR objectives for clients should be – SMART. They should be specific, measurable, achievable, reasonable, and time-bound, reflecting the campaign’s vision.

Throughout the event, customers can scan Carlsberg items with their phones, which will start filling a virtual keg. After scanning four cans, customers would get a “credit”. They could use it to buy two complimentary beverages in a bar or restaurant after the stores reopened.

The PR effort increased in-store sales right away. It also left a lasting impression on the brand by focusing on its commitment to consumer health and safety.

#Challenge 2: Crafting the Perfect Brand Message & Communicating it to the Target Audience

Determine the campaign message that the client wants to convey.

Keep the PR campaign message as clear and straightforward as possible while avoiding ambiguity. The public relations campaign message for the client should not only inform but also motivate the target audience to act.

Netflix launched a campaign called “Wanna Talk About It?” to encourage people to talk about their mental health.

During the pandemic, Netflix used the power of PR and social media to help its users to connect with mental health experts.

Netflix’s campaign message was basic and direct: users were encouraged to speak up. It avoided ambiguity in its campaign theme, which encouraged individuals to talk about their mental health. The campaign resulted in increased long-term loyalty and a better brand image.

PR campaigns aimed at the general public are rarely successful. You need to know your client’s target audience while creating a public relations strategy for them.

The target audience is the group of people who are most likely to be interested in the company’s message, interact with it, and respond to it.

The brand’s short PR campaign features men in different settings, debunking popular cliches like “All men are alike” and “Boys will be boys.”

Results: The campaign message had a strong influence on the men, and they shared the video widely on social media. Gillette was able to attract the attention of its target audience as a result of its public relations campaign efforts..

How to Create a Bullseye PR Campaign

You can identify the PR campaign performance by

measuring website traffic before and after a PR campaign.

Analyze the sentiment of the client’s brand mentions. Analyze whether the reviews are positive or negative. It will give you a better sense of the PR campaign’s performance.

It is the best metric to gauge brand visibility. Compare the brand with the competition. See how much your client dominates the conversation in the industry. It’s a crucial metric for determining media presence or the impact of a particular media mention.

Analyze the number of new followers after launching an average post reach.

After you’ve determined the client’s target audience, conducting the market research is the next stage.

Determine the best medium to launch your PR campaign based on your target audience’s preferences. Does your client’s target market interact with influencers? Do they read press releases or attend business events? Examine whether your client’s PR campaign requires a traditional or digital channel or a multi-channel plan.

Before launching your client’s PR campaign, double-check everything. It is the opportunity to make any last-minute changes before going live.

Set the PR campaign debut date. Keep an eye out for public holidays and competition news. Give yourself enough time to have everything in order before the campaign goes live. Keep all lines of communication open and reply quickly to inquiries.

Follow up with the journalist if you find your PR story isn’t published. Recognize why it isn’t covered, and explain why the story is relevant to the publication and its audience. If the journalists point out a flaw in the press release, try to rectify it with their feedback and have it published.

Send a follow-up email four days after the initial contact. Include a link to a customer review, data, or study that proves the product’s value over time. If it was a significant occasion, include photos. Make a plan for further coverage because no campaign is ever finished.

Take a seat and enjoy the aftermath of the public relations campaign’s launch. Record every single thing. Make a visible report containing KPIs, objectives, and opportunities for improvement. Look for anecdotes that highlight the importance of the campaign. 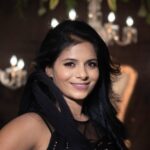 Mona Soundankar Author
Mona is a MomPreneur who has a go-getter attitude, with an Engineering background, she was also the Co-founder of the food-based start-up called Mealnut in the past. She has been at the helm along with her CoFounder Jit Salunke at PromoteHour | PR Agency for Startups since 2014, whilst also managing Jona & Listhour which aid the PR & Marketing Needs of Startups at every stage of their Evolution.