The world of technology is always unsettling. Some of the tools endure while others are simply obscured by more advanced and better counterparts. Still, one thing’s for sure when it comes to website development that JavaScript; a well-known programming language is here to stay for longer.

Being versatile and capable to be deployed in both the server and client-side, the tech is loved by millions worldwide and used commonly for development of super cool and fluid mobile applications as well as desktop websites.

It’s an undeniable fact that using technology comes for a cost and with JavaScript, the language is quite complex to learn due to the syntaxes and peculiarities. When developing websites and delivering premium digital services, choosing between the best frontend frameworks can be daunting.

Whether you’re concerned with web design in Dubai or development standards, in particular, let’s have a look at the best and modern frontend frameworks that rules 2019 and are likely to transcend in 2020 as well, giving you a winning edge.

Angular’s MVC structure can divide the tasks into logical chunks which eventually reduce the initial webpage load time. The feature also separates the concerns with view/display console present at the client’s end thereby minimising queries in the background. The asynchronous communication mode results in fewer calls to the server-side.

Creating meaningful and highly-interactive, reusable UI components can be done using React; a front-end library allowing developers to create bigger and more dynamic website applications that can even modify the data without reloading the page. The core feature of the framework is to be simple, quick, flawless and scalable. Although a front-end library, the MVC template is missing but can be considered a part given to the many additional features.

“Enhanced performance” is one of the greatest advantages to use React. The library was quick to become famous for incredible speed and dozens of user-friendly features that holds true to the promise.

Commonly known as an advanced framework for building amazing user interfaces. As compared to the massive framework like Angular, “Vue” is highly adaptable for users and one of the most acclaimed frameworks given to its features. It’s easy to learn, quickly deployable, create highly efficient, swift and complicated single-page applications.

When performance is a concern, ‘Vue’ is the fastest and highly reliable tool. Being smaller in size and greater at everything else, the technology sure has a long way to go.

If yours is an agency providing website development and web design in Dubai, having a professional grasp on all the three frameworks that are Angular, React and Vue is a must for quality services. While you’re here, have a look at effective website design essentials. Happy reading! 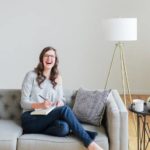