There are more mobile phones than there are people in the world, and in 2016, over 17.2billion apps were downloaded worldwide. For businesses that want to go where their customers are, reaching them on their phones seems like a logical idea. However, developing an app isn’t as easy as getting a website up and running.

If you want to create something truly innovative that users will want to use on a regular basis then you will need to put in a little more thought into your app. Hiring an app development agency that can help bring your app to life is easier said than done, but if you’re going through this process, make sure they can answer these questions before you get started…

Can I see examples of your work?

Unless you’re working with a friend, you are unlikely to choose a company that can’t show you examples of their previous work. But you’d be surprised by how many people get fooled into believing crazy excuses to this question. If the agency is trying to tell you that they are bound by confidentiality then you might want to doubt their credentials. Similar to the question above, the client list differs as it might include ongoing work, in which case, it might not show up in their portfolio. If they are working with any of your competitors, you might want to ask questions about the suitability for the role.

How do you communicate with your clients?

Unless you are searching for a local app development company, then you will likely have to work out a remote working agreement. You should establish early on how quickly you can expect to receive an answer to your emails and phone calls. Establishing this early on can help to prevent misunderstandings further down the line.

How often do you release an iteration?

Iteration releases are the client’s opportunity to assess the work done, ask questions and offer suggestions. Many app developers work in agile sprints, meaning they will solve a set of problems and release a new iteration every week or two weeks. This is often preferable to waiting until the end because it means that problems can be spotted and fixed earlier on.

What phone do you use? This is often seen as a curveball question, but it can help to gauge the enthusiasm of the people responsible for building your mobile app. If you are creating an iPhone app but the entire team is made up of Android users, then you might want to question their knowledge and experience of the platform. A mobile app development company should be able to test their work on a range of different phones under a range of conditions. This means that if you visit their office and you don’t see people playing with stacks of phones, you might want to look for a more switched-on agency. This isn’t the be all and end all, as they might show enthusiasm for your project in other ways, but it can be a telltale sign that the agency isn’t equipped to sufficiently test your app. 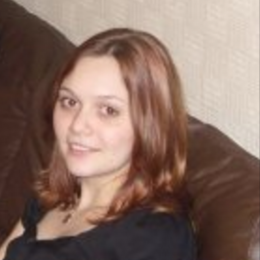 RebeccaHarper Author
Rebecca Harper is a tech journalist based in London. She writes on a number of topics including emerging trends and women in technology. When she isn't hunting out the latest trends in tech, you can find her scouring the independent coffee shops of London for the best flat white available.