For any programmer, be it a Novice or an experienced one like me, code quality is the core aspect that needs to be paid more attention in comparison to others. Software development is something that takes long amounts of time and painstaking effort. And maybe this is the main reason why most part-time volunteers cannot start big projects by themselves. In addition to this, messy codes are extremely hard to read.

In fact, chances are even there that people may lose interest if they cannot decipher what the code tries to do. This point even applies to programmers, the sooner programmers can understand the code, the better he or she could start contributing with bug fixes and enhancements in a short amount of time.

For professionals like us, the Source code is a form of communication for people as well as for computers. For example, imagine yourself reading a novel with spelling errors, bad grammar, and sloppy punctuation. I am sure you will switch to another one. Similar happens when a user tries to read your software.

Bad coding could result in negligence from your end user. Hence, developers always require striving hard to write good code that is easy to understand and modify by others.

Like I said before, high code quality is said when one, you can read and understand the code. Two, minimal bugs. Three follows the standards of the language it’s written in. Four, does what you expect it to do, and has proof of its success. Technically speaking, convergence of attributes such as maintainability, reusability, readability, efficiency, error-proneness, and modularity can define code quality.

This means how independent the different chunks of your code are from each other. For example. Does making a bad change to one part of your code break everything else? No! This is a similar concept of coupling as used in OOP (Object Oriented Programming). Code that is modular can have its constituent blocks of functionality swapped in or out without causing the whole house to come down on your head.

And over the time, I am pretty sure that you will start appreciating the power of having code when you find yourself having to completely rework a particular feature or functionality of your code.

As the name suggests itself, attribute measures the ease with which your code can be upgraded/altered over time without introducing new bugs.

Coupling is the degree to which classes or objects depend on each other that is, tight coupling results when a group of classes are highly dependent on one other. Such situations arise when a class assumes too many responsibilities, or in worst come worst cases when one concern is spread over many classes rather than having its own class.

Every software developer claims that his code is best in terms of readability. But in actual it is not! So what do you mean by the term readable then? When you start to work on larger projects, you’ll find that your codebase grows by hundreds of lines daily which means, that in a few weeks you might have forgotten the logic behind the decisions you made.

Similarly, other people viewing your code would find it impossible to understand your code if it is not readable. Hopefully, you can start to see how having unreadable code could make maintenance a nightmare. Basically, a readable code is being easy to understand or follow logically.

This can be done by taking several measures, for example:

Writing better code is all about:

Try to make writing code a habit rather than considering it as a skill. And much like all habits, you require to work by taking some deliberate action. So that’s all for now, keep watching to space to get a better perspective regarding the same! 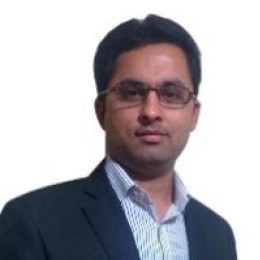