With digital revolution, everyone is in the quest for the best web development framework available for their application or business? But as per our research, you must stop your search on ‘Ruby On Rails (ROR)’.

Even when there are hundreds of platform available for web development tasks, every developer is passionate about Ruby on Rails Development because of its quality and simplicity. ROR offers a luxury of clean codes with easy maintenance and support. This is the reason why major companies such as Github and Groupon have adopted Ruby on Rails Web Development for their businesses.

ROR has been in the market from 14 long years now. When we talk about a product in the internet world, it can rise to its peak and fade down in fourteen years. However, Ruby on rails is all set to endure its popularity for atleast a decade more. It received its latest update recently in 2018 which was 5.2.0 final version with various improvements in the framework such as:

Let’s now convince you with the numbers.

The popularity of Ruby on Rails Web Development is evident with above stats and number. Nevertheless, here are few reasons why you should be preferring Ruby On Rails as your framework for web development in 2019:

If you’re currently working in the web development field, you must be aware of the short timelines that most of the clients come with, to make sure their website or application is ready in few days or weeks. Unlike Python or Java, Ruby on Rails development is quite faster. If we believe certain developers, then employing ROR may reduce the development time of any project by 25%-50% when compared with other conventional languages.

Ruby on Rails web development framework makes it easy for the developers by rendering them with numerous modules and plugins to create endless code efficiently in no time.

Imagine, you hire a ruby on rails developer and then get a fantastic web application built within a month. Everything in the application works as expected. But after few months or years, an unknown issue hits your application and you’re not at all aware of how to deal with it. You try to contact the company that you hired your ROR developer from, but either they no longer exist or maybe the developer is not the part of the company now, what happens then? Aren’t you in trouble now and you would have to spend the money again! It’s because, in the programming field, no one exactly knows from where a code begins and when does it end. When such painful issues are encountered in any application, they demand to rebuild of everything from ground zero.

However, Ruby on Rails is not so hard on clients or developers. The feature of tracks coding conventions makes it easy for the ROR code to shuffle from one developer to another. It’s understandable, clean, easy and everybody can use it.

E-commerce has established itself as the pioneer of modern day startups. With Ruby on Rails Development, the developers can imbibe opportunities for maintaining a strong database and integrate complex yet essential web applications. Such features of the framework make it ideal for an e-Commerce platform. 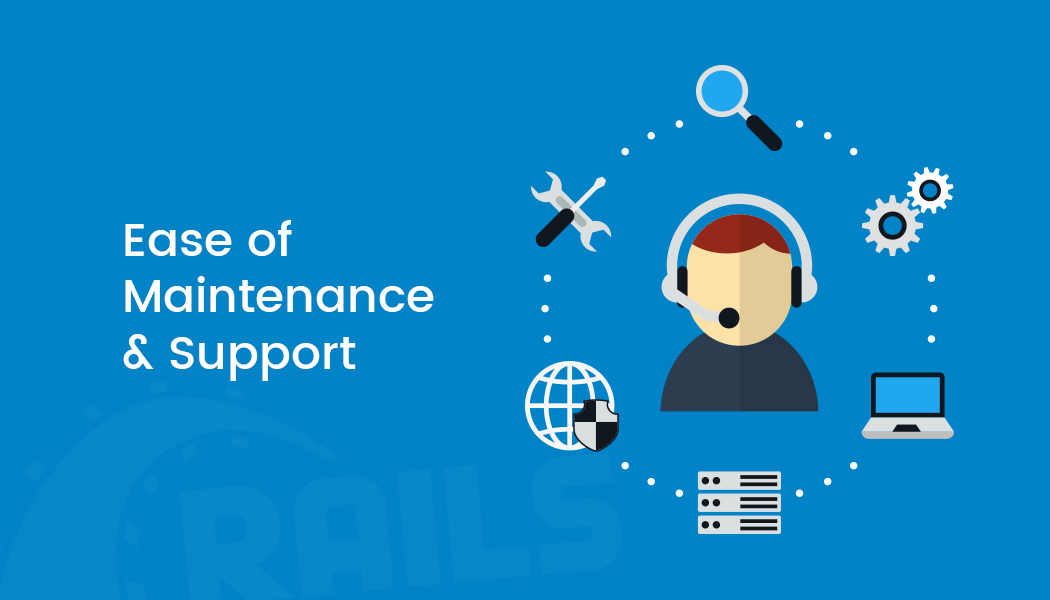 The confluence of Ruby and Rails has enabled developers to create an effective solution for clients requirements. This combination has also often inspired numerous ROR Development Company to do the same. Moreover, there is a community hosting service of ROR, RubyGems too. Most of the start-ups are preferring ROR over any other programming language due to its ability to provide a synergic environment of robust infrastructure and skillful communities.

We all are aware of expensive can paying license fees for a single conventional language can be, and when your company is a startup you tend to avoid such extra costing and go open source instead. There’s no doubt why Ruby on Rails Web Development is booming among startups.

Although Ruby on rails is offering some amazing features, the uses of ROR may extremely vary. If you’re planning to begin your e-commerce project then you must hire a ruby on rails developer. To support your decision you must know that internet giants such as Groupon and Shopify also work on the same platform.

Moreover, if you’re planning to take your business to new heights and make it more user-friendly for the customers by 2020, then trust us, ruby on rails development is the best you can get. With ROR web development you can explore an array of features and solutions for both big corporations and small start-ups.

This was our view on why you should prefer Ruby on Rails (ROR) for your businesses web development. Since 2019 is expected to increase the businesses leveraging the digital market, they must be aware of the fact that ROR is the best platform to begin their journey online.

Kuldeep Kundal Author
I, Kuldeep Kundal, the CMO of Cyber Infrastructure (P) Limited, and expertsfromindia.com is the trademark of the CIS. I have been publishing technology content for the last ten years. Being inquisitive towards technology and management strategies has impressed upon me the mantra of success is to gain knowledge to share it.