Most developers look for an easy and reliable runtime to work with when it comes to web app development. It runs independently and does not need a browser. Due to this nature, the Node.js runtime is one of the most acclaimed setups of web development.

You can even call the Node.js system a library because it comprises a product manager that gives the developers access to several tools.  There are top Node.js development companies that provide support to the developers whenever necessary.

It is not only compatible with JavaScript but also user-friendly. Here, you will get an idea of why Node.js is considered the future of web development. However, go through some stats now as it can help you relate more to Node.js.

Data published on Dev shows that nearly 68% of the total web app developers in the world still prefer working on JavaScript. Out of it, 51.4% used Node.js over any other library.

Here are the brief details of the features that make Node.js the most sought-after runtime for the years to come.

Microservices has now become an integral part of web app development. Without its support, most web apps fail to perform adequately. So, most businesses look for it. With the help of microservices, new features can be added to the application.

The Node.js runtime can give the developer a chance to add several microservice patterns. As per the positive traits of microservices, they are all scalable and deployable individually. The web app development teams can independently make programs using any language, but the testing can be quickly done.

Node.js is made on a modern engine

When it comes to the engine on which the structure of Node.js is built, you must remember that it is the most recent V8 Engine of Google Chrome. Moreover, it is written in the modern C++ language.

Due to these two features, any web app designed on the Node.js runtime becomes the best than all other apps.

The Model is event-based

The Node.js runtime is designed to be one of the most event-based digital structures. As a developer, you can easily update data on a web app. Moreover, all can be done in a single computer language. So, a developer with limited knowledge can handle the runtime easily.

The Node.js system can run without the help of the server. You can save much time writing the program setups and will not have to wait for the server to respond. Apart from being serverless, the runtime is also hardware-free.

So, as an independent developer or someone working in a company, you will not have to use many physical gadgets and plugins to get access to the Node.js setup. The productivity of the Node.js runtime is high. You can lucidly go for database transactions.

By the word single-threaded, you can consider Node.js to have a centralised structure. So, it can allow a big team to work wi9thout any inconvenience. The most outstanding feature of Node.js  is its capability to request processings.  All the request goes into the centralised system, and no new thread is formed.

As a result, the runtime has enhanced upkeep, and a big team can work efficiently.  Task delegations, callbacks and loops, and all types of IO operations become easier.

Node.js is Appropriate for Cross-Platform Apps

There are modern frameworks like NW.js and Electron that can allow you to write programs for designing cross-platform apps in the easiest way possible. All you have to do is access the code lines and work accordingly. Expect most of these code lines to be present on the web app, and you can use them to create applications that can work on macOS, Linux, and Windows.

In the company, a single team can both make applications for smartphones and desktops. Naturally, this saves much money, and the company sticks to Node.js runtime to design the projects.

An Enriched Ecosystem of Node.js

The Node.js works on the NPM package manager. This is the place where the developers can get access to the tools related to JavaScript. All these tools can act as support for web applications. More than 10,000 libraries are generally updated into the package manager every year.

Now, the total number of libraries present in the NPM package manager is more than 836,000. You can understand the number of tools you can get access to while using the Node.js runtime. It is another crucial reason why Node.js is considered the future of web app development. You should start a career to learn the programming approaches of Node.js.

Companies that switched to Node.js

Here are some details regarding the companies that have switched to Node.js and can enjoy the benefits.

PayPal, one of the leading money transaction app, has recently changed over the technologies to programmings related to Node.js. The company observes a dramatic decrease in response time over 35%.

Earlier, PayPal used to migrate the technology from Java but found out that the setup of Node.js was far more improved.   (Source: Official website of Dev. to)

Another globally acclaimed organization, Walmart took over the Node.js runtime for its microservices. The results were quite positive as the downtime decreased to null when the customers viewed over 500  million pages.

Furthermore, the company could experience dramatic growth in the mobile conversion rate of up to 98%.

It will be a bold step to learn all about Node.js. You should join an online course to learn about the runtime and download the software to work on it. The best you can do is check for the latest version. Once you are done downloading the runtime, refer to the practice materials and start on with programming.

As far as the market trend is concerned, it is clear that the Node.js runtime and the frameworks can rule the web app development market for years. Many new developers can get jobs in the sector and earn decent amounts.

As you already know the features that Node.js comprises of, it can be high time for you to start programming. Excellent skills can help you to get a job or start a business smoothly. 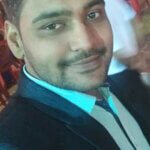 Akash Tripathi Author
Aakash has successfully completed more than 10 years in Digital Marketing. He holds a good knowledge of Google Analytics, Google webmaster and competitor analysis. He loves to work with development teams to implement the best marketing approaches during website development.