The android operating system is very open. To make it more vulnerable numerous apps in the Play store easily targets the android for malware. When apps are downloaded and installed from the store, there are many chances for attacks. Through this article know the importance of using the best free antivirus for android. Again there are many antivirus apps. Now it is our part to choose the best and reputed brand.

An antivirus app works the same on how it works on your computers. You can download and install it in the Android operating system. There are options to schedule automatic scans. The traditional manual scan can also be done then and there. They will update the definition of the virus automatically. Do not think, that these will give the annoying pop-ups. There are provisions through which you can change the settings and update whether to be informed or not.

Everybody knows that Android has the major market share in the mobile industry and has made it the biggest target for malware.

Google’s Android is an open platform and it obvious to know the consequences.

All the android users store their information on their android devices. The number of android users is increasing day by day. This huge availability of information makes it a big target again. The users of android have stored personal, financial and sensitive information. So it is very important to have the best antivirus for android.

Benefits of Downloading and Installing an Android Antivirus App

Other than protecting your device and the data in your android phone, an antivirus app can do many other favors. They are listed below.

Thus, the best antivirus for android keeps your mobile device safe and secure. It saves the operating system of the device from malware threats and other attacks from hackers. It takes care of the entire device by monitoring and scanning other apps. Many apps are floating in the stores to steal all the information away, so having antivirus in the device has become a compulsion. Do consider having one in your device. 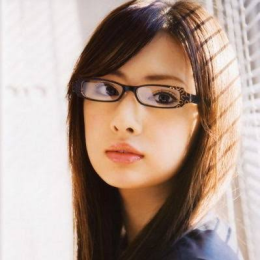 Deepti Agarwal Author
Deepti Agarwal is a content writer who has a great experience in the field and loves to write interesting articles and blogs, helping businesses in understanding these processes better and making the right decisions when it comes to online marketing.