In addition to this, there is a wide range of tools as well as software available in the market to achieve the desired output. Some of the most known examples of such cross-platform application development tools are Xamarin (Microsoft), React Native (Facebook), PhoneGap (Adobe) and many more.

This is the part where flutter comes into play to take the whole cross-platform app development experience to another level. Recently, we can see a lot of flutter mobile application development taking over the international market in different domains, for instance, retail, finance, transportation, banking, etc.

Now, it’s time to dive deep and take a look at what exactly is flutter technology and what makes it so special in the field of mobile app development.

Flutter can be basically defined as a mobile application SDK (Software Development Kit) that was designed and developed by the tech giant Google itself. The primary reason to build flutter was for developing mobile apps for major platforms and operating systems like Android and iOS.

The flutter framework also comes with a full-packed set of application development tools along with various widgets to provide mobile app developers the ease of using this emerging technology.

Below are some of the most fascinating facts related to flutter app development:

What is The Use of Dart in Flutter?

The Flutter framework engages reactive views  and these views mostly tend to refresh the entire view for every new frame that is being created. This further creates objects that mainly exist for only a single frame. Apart from this, the programming language Dart uses the method of generational garbage collection which is preferred by app developers in such an environment.

There are more reasons why Dart is being preferred, for instance, this programming language avoids junk as well as stutter scenarios by allocating objects with a single pointer so that locks are not involved in the process.

At present, flutter mobile app developers have the option to deploy an entire array of widgets in the library, these widgets are responsible for assisting in designing applications that are multi-dimensional.

What Makes Flutter So Special?

Although Flutter framework has been in the market for a short span of time, it has still managed to rank among some of the leading application development frameworks in the international market. In other words, we can say that it offers various functionalities that are not available in a single app development framework at once.

Here are some of the key features that make flutter stand out from the other mobile app development frameworks:

So, these were the points that make flutter technology special when compared to other existing frameworks in the market. Here, you also have the option to get professional help for your flutter project i.e. hire a leading flutter app development company that can turn your vision into a real-life application. 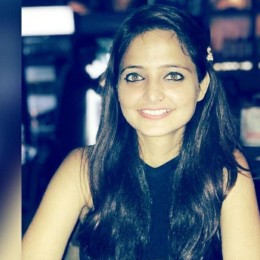 Seema Dobriyal Author
My name is Seema Dobriyal and I'm associated as a Sr. Digital Marketing executive at MobileAppDaily - a team which loves everything about technology.I can share well-researched articles related to mobile app industry, featuring emerging technologies like Internet of Things (IoT), Blockchain and much more.