Keywords are to search as Seth Rogan is to the herb. With the increasing penetration of SEO techniques, the abuse of keywords to gain SERP ranks became prevalent. In one of many such instances, folks would smear non-text areas of the content with a keyword. Thus, heralding the era of keyword stuffing.

A pokemon page stuffed with the pokemon keyword. In the early days, page managers would colour the border blue to mask their attempt at keyword stuffing.

Semantic, a word that appears quite so often. Even my company- Montaigne’s web page mentions the word at multiple locations. I often pondered over the various meanings and annotations that the word seemed to convey. The following is what I’ve discovered so far.

Starting with the definition, Semantic is defined as the meaning of words, signs, and sentence structure in Human Language. Note here the use of the word ‘Language’ as opposed to ‘language’. ‘language’ is a term reserved for languages that we come across on a daily basis. A few examples being English, French, Japanese, and Hebrew. ‘Language’ on the other hand refers to the principles or algorithms so to speak that makes up the human language in general.

What I just did is provide a linguist’s perspective on the terminology Semantic.

In terms of search, semantic has more to do with deciphering the meaning of the search.  Something to do with the intent behind a search.

This means the search for a query is not only about the database of strings and text clusters but the contextual meaning of the ‘entity’ being searched.

Amit Singhal, the head of Google search said in 2012- “We’ve been working on an intelligent model…. that understands real-world entities and their relationships to one another: things, not strings.”

The programming uses fuzzy logic, predictive modelling, and deep learning algorithms as well as text analytics, knowledge graphs and concept maps to provide the user with the order of links on a search engine results page (SERP).

Take for example the word ice cream. When I run a search for the term ‘ice cream’ (which in this case is the keyword) the search engine has a two-step job.

The intent, in this case, maybe many folds. My intentions could be

Up to what extent are search engines able to decipher the intent behind a search is still a mystery to me. I need to study the subject in far greater detail to produce a significant commentary on it. But the present and future of SERP are semantic.

More so as the adoption of voice search coupled with video content consumption becomes widespread. Even now the use of voice inputs to Alexa, google assistant and the likes have cast a mist of uncertainty over the traditional use of precise keyword targeting by SEO people.

It will be interesting to see the developments in this space as the algorithms pace ahead in understanding the semantics of long-tail keywords. Many, including me, believe that such a development of understanding by machines will be the first bold step towards the advent of AGI. A bold one as gathering the semantics of all human languages will require a deep know-how of the emotions contained within the Language. 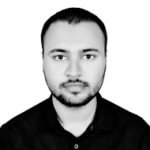