It’s been a long time that Twitter outgrew its impression of social media, where only a bunch of elite influencers would post their thoughts. It is, now, a mandatory mobile icon for literally everyone who likes the virtual world. But has Twitter started favoring linkless tweets for some reason? Read ahead to find out.

Twitter birdies were recently dubious about Twitter SEO. There are speculations that the Twitter algorithms favor the tweets that keep people on the platform instead of redirecting them into a new one. Or maybe that’s what the people like and retweet the most?

What is the real deal?

It is actually a bit of both the theories. Let’s get into how and why.

Theory: Twitter SEO provides more reach and engagement to Tweets with no link

Twitteratis were happy and gay with their e-life. But then the pandemic kicked in, and we witnessed an influx of thousands, if not millions, of new Twitter accounts. The result? Competition increased, and a lot of influencers struggled in keeping up with their online presence.

One of the anomalies among the growing accounts was the lack of links on their tweets. They only tweeted with the purpose of interaction. But the ones that witnessed a downfall would often link their blogging site, business profile, Etsy shop link, etc. Such links act as CTAs.

On looking closely, we could literally witness that linkless tweets got 40% more retweets and likes.

And that’s really annoying. For starters, Twitter is one of the most popular channels for digital advertising and marketing enthusiasts.

From Tesla to Zomato- every corporation tries to reach its audience via tweets. And they link their products, websites, polls, and many more along with relevant images and stuff.

But here’s a thing- a tweet with media like image, gif, or video performs really well. However, adding a link to it again decreases its engagement to a significant extent.

Let’s get into the crux of the situation. There are two prominent reasons why the tweets with links get lesser engagement and reach.

#1 The Effect Of Twitter’s Audience

When you add a Twitter link, you redirect them into a different app/website. Apparently, a tweet without a link would make people scroll the timeline further. And thus, it gets more traction.

It is the most evident reason why tweets outperform the ones with a link. A button that says “read here” might be okay after a thread. But when you add something like that in the first tweet, you distract the viewer from clicking on the like or retweet icon.

As a matter of fact, the people who haven’t read your Tweet link can’t comment or retweet with a comment. So, it limits the metrics of engaging audiences.

A tweet that doesn’t push anything encourages users to join a conversation.

When they don’t have a link to click, they reply to what they read on their feed. Such promptness in tweets and retweets automatically improves their reach.

It is contrary to when you post a link because the reaction time gets reduced. The viewers would have to first click on your link, read the reference URL, open Twitter again, and tweet back at you.

Honestly, they are, most probably, going to skip all of these steps.

#2 Algorithm Makes All The Difference

With every upcoming update, Twitter is trying to make its platform more relatable and fun. Any content that increases the screen timing of a user on the app would serve the purpose.

Remember, Twitter doesn’t want you to make people escape their platform every once in a while. Therefore, around 19/20 Tweets you look at on your screen at any given instant have no links.

If you check the metrics, your Twitter SEO won’t be very high for the tweets that consist of a survey link.

Social signals are likes, comments, or any other human response you get on your social media post.

Such things may or may not happen when you tweet with a link. Not everyone reads the links, so they’re probably going to skip it. Plus, the ones who read it would probably like it later.

All-in-all, people are going to take time to start liking, sharing, retweeting, or even commenting on your tweets. As a result, your Twitter SEO goes a bit down. And that’s inevitable.

The decrease in reach and engagement that you see in these tweets results from two things that we discussed above- the user metrics and Twitter algorithms.

If Twitter was so unhappy with links, they could always get rid of the option. But they won’t- because Tweets with links contain all kinds of content- from promotions and brand endorsements to informational toolkit and tutorials.

Twitter would stop generating ad revenues and stop gaining a cross-promotional audience from other channels if they outrightly BAN Twitter links.

Which makes us conclude that..

Do NOT Stop Linking Your Tweets

There’s no point in getting discouraged about your linked tweets if you’re not getting the engagement and reach that you think you deserve. It’s the same for all the users on the platform.

Try to strike a balance between both of them. We observed a hike in the engagement level of CTA posts when there was more reach among a user’s linkless tweets.

Thus, improve your overall Twitter SEO to get a better engagement in the long run. Here’s how you can do it:

Your profile handle and user bio act as meta-description for Google and act as a ranking factor.

Use your Twitter handle as the alt text for your profile picture- rename the file before uploading it. Also, try to add relevant links and URLs into the bio. A blogging or YouTube link ranks the highest. Embed URLs using RocketLink.

Contrary to popular beliefs, avoid using hashtags in your bio. Popular tags change every hour, and Twitter ranks tweets, not profiles based on these tags.

It’s always worth tapping an ongoing topic every once in a while and stepping into the ongoing discussion.

Don’t worry. You don’t have to stay opinionated on controversial socio-political matters. Understand what your brand should talk about, and get to the depth of it in every aspect.

Engage in every conversation that revolves around the services that you provide. Everything that you tweet can be useful- from a random reply for a query to an elaborated PDF for an asked set of information.

Although media does captivate eyes, images don’t always stand out in tweets.

Include images and gifs only when they look relevant and make the tweet look way more enticing. Or else, drop it. Sometimes, plain texts make way more sense.

Also, Twitter offers a dark mode for its users now. So your Tweet screenshots would look cool anyway.

Twitter is all about one-liners. The entire community revolves around creating maximum impact in minimum possible words.

The best-performing tweets are not always the shortest. But a maximum of them is, for sure, one-liners. Remember, your audience chooses Twitter over other social media when they want quick updates. And they’re not here for long-form stories.

So, don’t be a long wall. People might as well scroll past.

Always pick the trending hashtags over the generic ones.

Generic hashtags like #giveaway and #art is cool when you want to target a specific audience, but make sure you don’t overuse them in every tweet.

Use the generic hashtags occasionally and focus more on the trending hashtags to get more page visits. However, never skip the use of generic tags, as they positively affect your Twitter SEO in the long run.

Engage With Other Handles

There’s no other social media that updates you with news at the pace Twitter does. Seldom do you find an active Twitter handle inactive for more than two hours.

To keep up with the pace, you have to come up with a way of interacting with your pre-existing and potential audience regularly. Your Twitter SEO can go down terribly if you don’t tweet, retweet, reply to comments, and interact with other users every single day.

Tools like Socinator let you schedule and automate your tweets, retweets, comments, follow-backs, etc., so that you can focus on other stuff while the software takes care of your online presence on Twitter.

Your ROI via social media channels has a lot to do with how well you understand the algorithms and SEO and is not entirely dependent on how well you manage and promote your content.

For the most part, marketers do have whims of the implications of Twitter SEO. But things may take an unexpected turn at times, leaving everyone confused. Think of it this way- tweets that don’t want to sell you something strike better than ones that do.

Thus, it is better to personalize and improvise every once in a while. This way, when you actually have a sales pitch ready, you have more people reading it instead of scrolling past it. 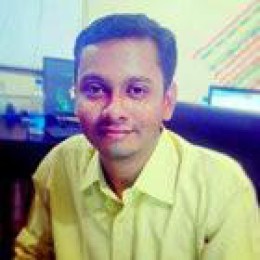 Deepa Kotwani Ghosh Author
A technology entrepreneur and a passionate content marketer, having years of experience in fast-paced enterprises. Deepa is a product enthusiast and has brought success to her venture Globussoft. She also owns products like EmpMonitor, Socinator, and many mobile apps in the social media automation space which have millions of users.