Probably, we are living in an arena where machines and smart electronic gadgets are bound to commit our daily activities. Taking this on a broader note, the concept of the mobile app just initiated the mechanism of automation but an evolution of AI and the robots can be said as the impressive endowed by the technology to the toady’s technical and digital landscape.

You can see the kiosks nowadays for making the food deliveries. These devices are already encompassed with the sensors that identify the drop off location. Uber is also getting ready to land the venture with its self-driving cars by the year 2018.

Now, this is something that can be said as just the beginning of a new chapter in the era of automation, there are lots more solutions that we will be witnessing in the foreseen times. So, here keep reading the post for identifying the top industries that are meant to be impacted by the AI and robots sooner or later.

Needless to say, manufacturing industries had made the most of the today’s digital industries. A huge amount of secular shift was witnessed in the concepts of international trade, in the year 2017. All of them diverted towards using the robots and the AI-powered devices for accumulating the products for making the shipments.

Right from packaging the cars, electronic devices, home and office gadgets, the robots and AI-based solutions had been the major solution for making the shipments to the appropriate places. They do not just assemble the items but also figures out the optimized routes for making the delivery.

Empowered by the algorithms and encompassed with the sensors these automated solutions just serve as the perfect approach for simplifying the delivery making mechanism. With the aid of automated solutions, the manufacturing industries witnessed a huge profit and thus, for sure the trends will continue to rise.

One of the most massive brands, Uber is ready to launch the self-driving cars for meeting the daily traveling requirements of the users.  Moreover, the concept of the personal self-driving car is already out and we will be witnessing them on the roads by the year 2018.

Although, it will cut down the employment rates of the driver community the trend is for sure likely to rise. Major reason being, they will address the diversifying problems of accidents, traffic congestion, pollution and can be said as the biggest assets for saving the energy and the fuel ratios.

According to a study by Morgan Stanley, the ideation of the self-driving cars will save around $ 1.5 trillion by the year 2018 to 2028. So, now the people will be just reaching their destination via the cars that are not driven by the drivers. With such enhancements and developments undeniably the transportation industry will be completely remodeled in the coming future.

According to a recent study by Brookfield Institute, it is predicted that around 25000 customer management solutions will be deployed by the year 2019-2022 that will be powered by AI and robots. Well, yes hard to believe, but it is true.

In the coming times when you will be visiting the McDonalds’s or some grocery stores, you will find the robots indulged into making your checkout simplified. Right from the product selection till the billing all the associated tasks will be accomplished with the aid of robots.

Although, they might not be able to interact in a way human do who know technology may make them quite smarter and intelligent?   For instance, the major consumer service company called as Digital Genius is making the efforts to create the AI-powered chatbots that are capable to interpret the human language. Thus, in the coming days, people are more likely to sense these highly AI-powered robots communicating the way, just as the humans do.

Well, now the AI-powered solutions will be handling all the transactions and the ever-increasing amount of financial related data structures. Many of the financial organizations have begun to use robots for solving the financial problems, analyzing the stock trend and market predictions.

These robots are empowered and are highly capable enough to combat the increasing financial problems in a better way than humans. Moreover, they can even accomplish the basic accounting tasks such as journal entry, defining the ledger updates, reconciliation data and much more.

Precisely, it can be stated that the efficacy delivered by the robots are quite colossal will explode to newer levels in the coming era.

Last but not the least, healthcare industries can be said as countable when it comes to automation. Yes with the aid of AI and the robots, the doctors are able to diagnose the patients with a much productive approach.  The AI-powered machines are now becoming the major asset in making the surgeries and medication very sophisticated.

Being able to deliver quite accurate results, the technology had completely remodeled curation strategies and the way through which the patient undergoes while recovery.  For instance, a robobear has been designed by the team of Japanese scientist that helps the people to leave the bed after the injuries.

Although robots and AI are dominating the niche and cutting down of the human employment, ultimate the fact remains the same that they are created by them only. Hence, there are plenty of opportunities being opened up by the in an area of delivering digital services.

AI and robots are making us a quite free hand for executing the services, that we seriously hate to do. So it’s definably the one to keep an eye on societies and the businesses that will be remodeled by the technology and automation. 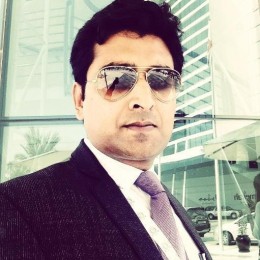 Arun Goyal Author
Arun loves technology and love to see it growing. Just to be a part of this evolution, he started working as a programmer, later turned an entrepreneur. At present he is the Managing Director of Octal IT Solution, he takes the responsibility to decipher the versatile existing business requirements, to develop the remarkable products that are quality driven and technologically sound.