Processor manufacturing is an extremely difficult and expensive process. Because of this, only the world’s largest companies can afford such pleasure. And if in the field of mobile processors there are almost a dozen players, for CPU desktops only Intel and AMD are developing and selling. On the latter and will be discussed in the article.

According to PassMark Software, AMD occupies only 20% of the processor market. But companies have something to offer users. The main advantage of products is availability. With a similar performance, AMD CPUs are cheaper. The second is an excellent performance in multithreaded tasks. Also, new generation processors require less power. The disadvantages include non-optimized many programs for the manufacturer’s processors and the absence of an integrated graphics core in many models.

However, let’s study the company’s assortment of concrete examples. Go!

THE BEST AMD PROCESSORS FOR OFFICE WORK AND STUDY 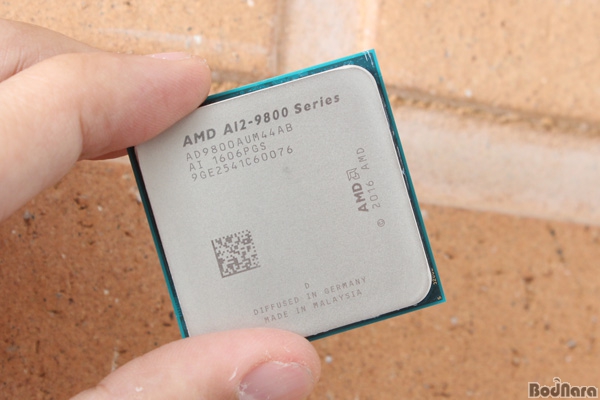 Open the category of an inexpensive model. It includes only two Bristol Ridge cores, made on 28 nm process technology. Note the absence of the L3 cache. Yes, and the caches of the first and second levels are not encouraging – 80 and 1024 kb, respectively. But there are a couple of pleasantly striking moments. Firstly, the standard core clock frequency is 3.5 GHz, which at least slightly compensates for the “weakness” of other indicators. the core, which means you can build a little more budget computer, HTPC or “torrent”.

It is for such simple tasks that the model is best suited. Write text, watch a video or download a terabyte of data for it is not a problem. More complex tasks will almost certainly make you spend a lot of time and nerves.

Visit Also: How to Use W1 Chip Headphones (Apple compatible)

The next line is occupied by an almost ideal inexpensive processor for assembling a PC into a living room (HTPC) or an office computer. Inside the A12-9800E are four Bristol Ridge cores with a base clock frequency of 3,100 MHz. Caches, as is the case with the previous model, are not encouraging: the volumes of L1 and L2 are 80 and 2048 Kb, respectively, L3 is not. In the synthetic test, PassMark model gives 5060 points, which is comparable with the new Intel Pentium. Supports DDR4 memory with a maximum frequency of up to 2400 MHz. Pleases the presence of an integrated graphics core R7 with a frequency of 900 MHz. It allows you to save on the purchase of a discrete graphics card. And to play it will turn out: judging by the reviews, he is able to give out a good frame rate in projects like Trackmania, Doty or KS. The main advantage of users is the minimum heat dissipation,

The scope of application is similar to the previous model, but you will get much more pleasure from using a computer based on AMD A12 due to better performance in all modes of use. 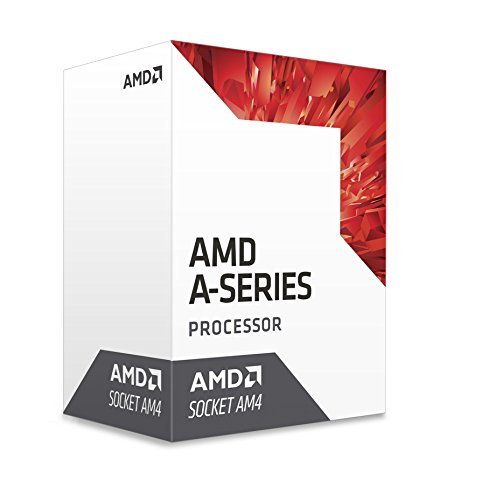 The leading position is occupied by the model X4 950, very similar to the previous participant. There are also four cores, but the clock frequency is higher – 3.5 GHz, and in TurboBoost mode, 3.8 GHz is the best indicator in the class. Cache volumes are similar, as is supported memory. As a result, in PassMark, the model gives out 5300 points, but what caused then almost half the price tag compared to A12-9800E? Probably the lack of an integrated graphics core.

The latter imposes a strong imprint on the scope of use. Yes, this CPU can still be used in an inexpensive office PC paired with the simplest discrete graphics card, but it seems more reasonable to use it in an entry-level gaming computer. In combination with the GTX 1050, it will be possible to play in modern projects at medium-low settings with a very decent level of fps.

In conclusion, we note a rather high heat dissipation – 65 W. We advise you to think about a suitable cooler before you buy.

THE BEST AMD PROCESSORS FOR GAMES AND DEMANDING TASKS 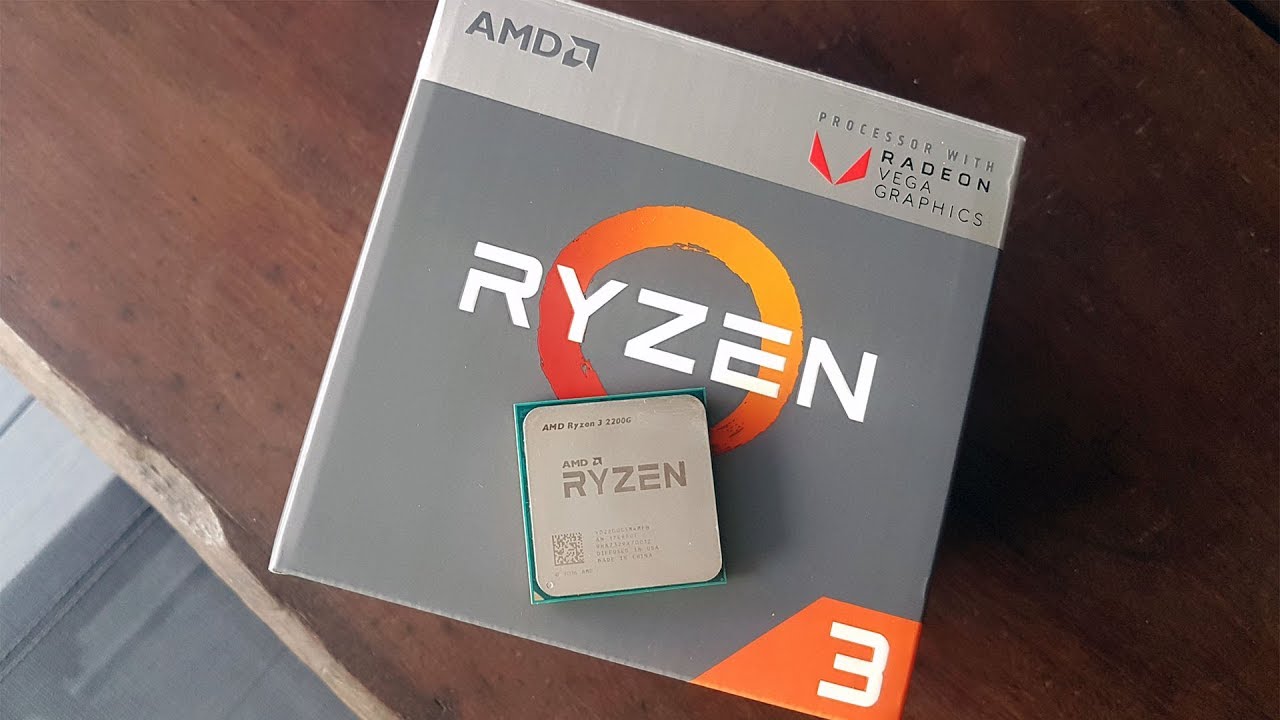 Ryzen perfectly shows how modern technologies are superior to those that were relevant just a year or two ago. The model is only a little bit more expensive than the A12, but how much better is the performance! In synthetic tests, the increase is almost one and a half times. And in real use, the model is much faster. Due to the presence of the integrated graphics core, it is perfect for photo editors and beginner video editors, not to mention the usual office work. And with a discrete graphics card of the GTX 1050ti level, it will be able to please with acceptable fps at medium-high settings in modern games.

This increase is due to the use of modern Raven Ridge cores and the emergence of the L3 cache with a capacity of 4 MB. They are also pleased with the clock frequencies – 3.5 GHz in stock and up to 3.9-4.1 GHz in overclocking. Heat dissipation 65W. With an ordinary cooler in idle temperature will stay at 40 degrees, under load – up to 75 degrees. Separately, we note the use of the “old” socket – AM4. Due to this, when switching to a new CPU, you will not have to change the motherboard and RAM. Unexpectedly, we give the most powerful processor a rating, not the highest place. The reason – the incredibly high cost and focus. Let’s take it in order. Yes, the price tag on the 1950X is not a record high, but either professional who earns money on computers or wealthy enthusiasts can afford it. This also leads to narrow orientation – there will be enough of the models above for games. AMD Threadripper is also useful for 3D-designers, video editors and representatives of other professions who need maximum performance.

Issuing 22,000 points in the PassMark processor allows the presence of 16 (!) Cores. Clock frequency 3.4GHz. Cache volumes are also amazing – 96Kb, 8Mb, and 32 MB. Of course, such power requires good cooling –  TDP 180 W –  we advise you to immediately think about installing a water cooling system. Finally, we note that the model uses a rather rare sTR4 socket. Ryzen 7, unlike the previous participant, seems to be a more mass product, although it can hardly be called budget. It is almost three times lower, with a one-third difference in performance. In games in conjunction with Nvidia GeForce GTX 1080 at the maximum graphics settings in FullHD, all tested games (FarCry 5, Hitman, NFS Payback, etc.) produced 75-110 fps. With such a performance, it is time to move to 2K, or even 4K, if you are ready to put up with a frequency of 30 frames per second. The use of 8 cores has a positive effect on multithreaded tasks – a compilation of projects or rendering take place noticeably faster than on Intel processors of a similar price category. For most users, these indicators are enough.

The figures of technical data please. 8 cores made by 12 nm process technology, 16 threads. The base clock under load can automatically increase from 3.7 to 4.3 GHz. The volumes of L1-L3 caches are 96, 4096, and 16384 Kb, respectively. Supported memory DDR4-2933. Heat dissipation 105 W, which requires proper cooling. But unlike the previous participant, it is quite possible to do with high-quality air cooling.

High position in the category is the most optimal processor for the masses. We get almost the same performance as the Ryzen 7 2700X! The fps values are either equal or lower by 2-5 frames in all test modes. But the 2600X contains “only” 6 cores, which is noticeable in synthetic tests and multithreaded tasks. Rendering, working with archives, a compilation by 10-30%, depending on the task, is slower.

According to the characteristics is also almost parity. Uses 6 Pinnacle Ridge cores. The base clock frequency of 3,600 MHz, may increase to 4,200 MHz. Cache volumes (with the exception of L2 at 3072Kb), supported memory and socket are similar to the previous participant. Only the integrated graphics core AMD R5 is much simpler, which is difficult to consider a problem for this processor because in most cases it will work with discrete graphics. In general, the model can be recommended to most non-professional users and PC gaming fans.

Rating processors for Smartphones and laptops begin with the most budget and because of the weakest CPU. The indicator in the synthetic dough PassMark barely exceeds the mark of 1600 points. This means that even the most basic tasks will make the device based on this processor think. Comfortable to work, according to users in the reviews, it will turn out only in one undemanding program at a time – either write the text, or explore the Internet, or put up with slowdowns while working simultaneously.

The reason for the slowness in the simplest stuffing. Two Stoney Ridge cores are used, each of which operates in one stream, with a base clock frequency of 1.5 GHz, can be increased to 2.2 GHz. The CPU is made according to the old 28 nm process technology, but it is very energy efficient, and the TDP is only 10 watts. This allows you to make stand-alone and quiet notebooks.

The second line is occupied by the processor, whose performance is enough for most ordinary users. Prepare an essay, watch a movie, go in for “light photoshop” or even play it without any problems, it will be enough performance. In PassMark, the model gains 4550 points.

There are also 2 cores, but much more modern and supporting double-threaded operation. The clock frequency ranges from 2.5 to 3.4 GHz depending on the model and load. DDR4-2400 memory is supported. As a rule, manufacturers install 4 GB of memory, models with 8 GB of RAM are less common. I am glad the integrated graphics core R7. Its performance is enough to play in HD-resolution in projects like CS: GO or DOTA 2.

Finally, the most productive model for those who play on a laptop or perform power-intensive tasks, such as programming, rendering, etc. With a combination of basic tasks – surfing the web, watching videos, writing text on a 2500U-based laptop will also cope without problems. In terms of performance, the model is comparable to the latest generation Intel Core i5, the difference in synthetic tests is only 3% – AMD’s leader in PassMark scores 7400 points.

Inside the processor, there are 4 physical cores, made of 14 nm process technology, each of which operates in two streams. The base frequency ranges from 2.0 to 3.6 GHz. Pleases the level of the integrated graphics core. Vega 8 includes 8 cores and is able to produce an acceptable frame rate in FullHD resolution at minimum settings even in such serious projects as GTA V, Battlefield 1 or PUBG. At least so say users in the reviews.

Devices based on AMD Ryzen 5 2500U are extremely diverse – it can be a compact 13.3-inch lightweight transformer, ideal for work anywhere in the world, and a huge 17.3-inch home-based multimedia laptop at an affordable price. 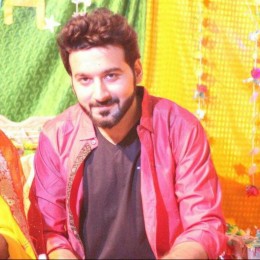 Syed Arslan Author
Syed Arslan is a senior review and News writer at 1review2day, focusing on upcoming smart devices. He previously worked for Fortune Magazine, and he has 3 years of experience. He loves testing out new gadgets and complaining about them. He is the ghost of all failed Kickstarters.