Better graphics processing, as well as higher computing, are the major factors which are leading to higher and better immersion technologies such as Augmented Reality (AR) and Virtual Reality (VR). Hence, in upcoming times, both of these technologies will make their headway in the e-commerce industry.

Virtual Reality will essentially provide a highly deeper immersive experience in a particular form of a brilliant virtual store to people. Augmented Reality will make the entire task of visualization of products much easier for the shoppers. Over the longer run, each e-commerce solutions company will essentially be taking advantage of these technologies to maintain their competitive advantage in this particular highly competitive market.

Blurring Boundaries between Real and Virtual

With the increase in computing power, the graphics processing systems are now taking the entire user experience to a completely new level of immersion. In the traditional sense, the human-machine interaction is often carried out using touchscreens, mouse and keyboards among different other methods. Seasoned industrial designers have constantly argued regarding the fact that this particular scheme of user interaction is something which has borne out of different constraints in processing power. 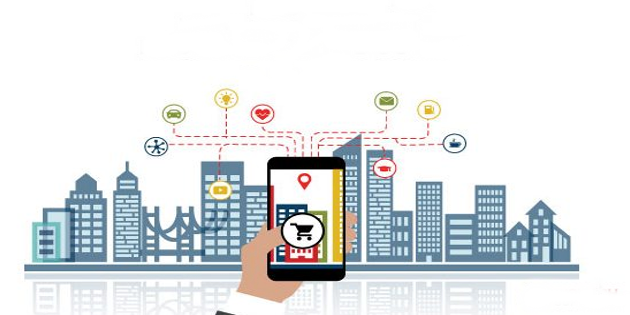 They have regularly predicted that as the processing systems evolve in future, these typical human-machine interaction devices will certainly become obsolete and they will be completely replaced by highly natural communication mechanism that will directly involve the different five sense of the person which includes smell, touch, taste, auditory and visual sensation. Just imagine yourself getting immersed in a particular virtual computer-generated world where you can essentially employ all of these five senses in order to interact exactly as you actually do in the real world. This is called virtual reality. Now also imagine a world where a computer-generated work augments with the entire real world, and this is called augmented reality. Even though the current technology isn’t capable of totally leveraging the senses like touch, taste and smell quite well, we have been witnessing the slowly increasing immersion in auditory and visual sensation.

Let’s assume that a buyer wishes to buy a sofa for his living room. He opens the app, and he finds a great looking sofa set, but he isn’t sure how that particular sofa would look like in his own living room. In case your app is AR-enabled then he can simply fire up his own mobile camera, and they point it to the particular place in his living room where he wants to keep that specific sofa.

The moment he does that, the app places a complete 3-D model of that sofa as an overlay on the entire live image of his living room. This is just an example of how e-commerce industry can leverage AR. The person can also rotate the camera and also see where the product fits the best. AR can also be used in different industries such as fashion in the particular domain of jewellery as well as lifestyle among different others.

If you marry AR-VR with the e-commerce, you will get a whole new user experience which will create a “wow” factor. Let’s assume that you run an e-commerce store where your users can easily discover, choose as well as checkout and even pay for inventory. Now just imagine you exposing a complete virtual reality interface to the users. You shopper can essentially wear a VR headset, and he can instantly find himself in your own virtual shop. He can have an entire 3-D view of your shop.

He can easily walk around, explore as well as discover new products as he would do in a real store. Suppose that he wants to know more about a new smartphone in the shop, he just focuses his sight on that smartphone, and within an instant, he receives all the specifications right in front of him along with the best offers, price and different other information which he requires to make an informed decision. He likes the offer and continues with the payment, or maybe he can also add the smartphone to his cart and then goes back to your own virtual shop in order to do more window shopping.

How E-commerce players are using AR and VR?

Internet retail giants such as Amazon are quite excited about both augmented reality as well as virtual reality. In recent times, Amazon has duly integrated a particular AR shopping experience into their own iOS app. Another market giant, eBay has also teamed up with an Australian retailer, Myers in order to launch a new virtual reality department shop. There are numerous startups which are combining AR and VR with the e-commerce.