Who wouldn’t want to sneak into someone’s Android? Smartphones are a microcosm of our lives and very much govern our day-to-day activities. For this and million other reasons, keeping it secure or monitoring it is important. Today we are reviewing one Xnspy that claims to be the top monitoring app with remote control ability. Here is our review:

How compatible is this Android Spying App?

If there is one thing common in all top Android spying apps then it is their flawless compatibility with the latest Android versions. Previously, some apps required the Android phone to be rooted before the app was integrated with it.

One reason for lax compatibility standards of some spying apps is the variation in their stock Android. The other reason is the apps’ inability to catch up with the new changes in the Android OS. As a result, most of the apps crash out of the race.

Xnspy’s new version effectively improves the support for Android Oreo 8.0. Compatibility is its core strength and enough to switch away users from whatever they are currently using. You can learn more about the compatibility of a device on their website where they have a dedicated section for this.

How to use Xnspy?

Here is how Xnspy works. You can sign up for an account on their official website xnspy.com. You will just need some information, the rest of the process is painless. When you sign up, you will receive an email containing a download link, login credentials, and some instructions.

To install Xnspy, get hold of the target phone and use the download link sent to you earlier. It will not take more than 5 minutes as the app size is small. Make sure you have internet enabled before installing the app. Once it is installed, you can use the login credentials to log into your account and start using the app.

The new version has tried to bring some cosmetic changes to the interface as the colors have been changed and the sidebar becomes more prominent in charcoal gray color. The sidebar on the left displays separate sections for each feature. This improves the user experience as the users often complained of a bland interface in the previous versions. The refreshed look brings new features with it as well which we are going to explain next.

Xnspy Android spying app promises around 35 features in its new version for Android. Here are some of the key additions to the feature section:

Remote control:Xnspy Android spying app is certainly a hit when it comes to its remote monitoring ability. It can perform different functions remotely. For example, if you want to hear the surroundings of the phone, you can use its Ambient Recorder which records the surroundings of the phone even if it is not on a call. Similarly, you can lock a device remotely and even wipe all its data if it is stolen.

Xnspy Analytics: In its new version for the Android, Xnspy has gone a step ahead in providing stats that no other app may be offering. It has introduced a smart Xnspy analytics feature that gives a detailed analysis of a certain category. Let’s take the example of the calls section. This section gives detail about the incoming and outgoing calls with their time stamp and duration. While this section did enough to present all the related details, it was difficult for the user to pick out specific information as there were many calls and numbers. In its call analysis feature, it gives the analysis of the calls in three different dimensions.

First, you get the top five callers that called the number. It will show the number and the number of times it called.

Secondly, it will present a list of top five call durations. This will show the contact number and the total call duration.

The third is the call time activity punch card. This punch card distributes the calls data in relation to the time and day of the call. If more calls were made on Monday between 7-8 AM then you will see a bigger dot in that area on the punch card.

Watchlist Alerts:Watchlist is a feature introduced by Xnspy to reduce the redundancy in the information collected. If you hate sifting through loads of data then you can switch to the Watchlist feature and add the specific information you want to know. By doing so, you will be alerted only when that specific information appears on the phone. This is especially helpful in limiting recurring tasks

Pricing of this Android spying appis competitive as compared to the other apps. They have tried to keep their pricing simple. They have only two packages to offer; Basic and Premium. Both of them vary on the basis of features. Basic package entails the standard features while the Premium package has all the advanced monitoring features. Both these packages can be subscribed for monthly, quarterly, and yearly durations. The highest duration will offer the most affordable rates. But you can start using the app by paying as low as $8.33 per month for an annual basic package.

Most of its previous users will be happy with the new version as it is smoother, offers more features, and better compatibility. For those who are using it for the first time will benefit more from its support besides using top features.

Xnspy has not made it available on the Play Store and you can’t even use the same account on multiple phones which is one constraint of using Xnspy. It would have been better if they have offered a free-trial.

Xnspy definitely makes a case for being the most compatible Android spying app. Just like any other app, it has its downsides but its benefits greatly outweigh them. Use it if you are looking for a top monitoring solution. 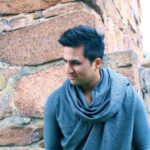