Another big bang, Swift 4, has been slated and the world of programming including every iOS app development company and their iOS developers are eagerly waiting for its release. Albeit, some with anxiety and some with curiosity. Let’s understand the goals of Swift 4 and see in what ways it will influence Swift app development.

The Swift 4 compiler provides two language modes including -swift-version 3 and -swift-version 4.  Providing a backward compatibility with Swift 3.1 compiler support, the community has shown its commitment to maximize the benefits to end users. Among the numerous enhancements that are likely to pour in, improvement to the ergonomics and performance of String API is a key one. It will not only speed up the migration of code from one language version to another but also the qualitative aspects of the same. So, we can expect that it will be instrumental in reducing TTM (time to market) and budget for any iPad or iPhone app development project.

Code migration issues are inevitable so the Swift community extends its support to contain them effectively. Swift developers can report any related bugs and get resolutions from experts.

With Swift 4, developers will have the flexibility to use multiple Swift modules in a project. The Swift targets will be interacting with each other at the binary level. Here is how this interoperability is going to help Swift app development.

Developers may consider using discrete framework targets written in Swift 3 (-swift-version 3) within their application target based on Swift 4 (i.e., -swift-version 4).

A Swift developer is under no obligation to update the source code of a Swift package written in Swift 3 in order to make it work with an existing Swift 4 package.

Getting Changes into Swift 4

Since Swift 4 is into the development phase, so developers have freedom to submit their recommendations. All approved changes will be adjusted into the mainline development (i.e. the master branch) which experts anticipate to hit the Internet around summer 2017. Mainline development deals with swift-llvm, swift-clang, and swift-lldb repositories.

And, changes coming later will be incorporated with swift-4.0-branch. However, all recommendations or changes have to go through Swift Evolution process.

As per the community convention, the master branch is merged with the swift-4.0-branch once every two weeks until the final release date is hit. The gap can be regarded as the buffer between development on master and a deliberate release branch.

With better source code compatibility, we can expect a built app to be more stable. This will help to deliver a better user experience as it will be less prone to crashes or performance issues that irritate users, sometimes, also compel them to send the app to the trash.

Quality is paramount to the success of any app, or in a way to its beneficiary business. With additional layers of quality assessment into practice, the probability of errors decreases a lot. So this will help app owners to drive engagement and conversion. 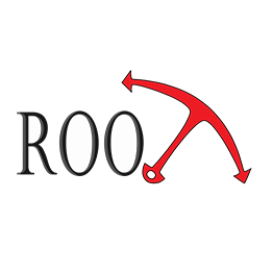 Root Info Solutions Author
Root Info Solutions is a UK-based web and mobile app development company with a rich legacy of transforming the business operations of brands to the likes of Caterpillar, Haas Automation, Briggs Freeman and Doobay. Founded in 2004 by Shekhar Juneja, the company has delivered over 500 projects. Registered as Root Info Solutions Pvt. Ltd, the company is armed with 50 technology professionals including UI-UX designers, Android and iOS mobile app developers and quality analysts. Root Info Solutions follows the Agile software development methodology and makes sure that clients’ requirements and platform-specific compliances are met with perfection. The company does provide an end-to-end support to get the developed product integrated with the in-house IT ecosystem of the clients.