Now, the world has switched over to the mobile device and so does the web world and with this, the trend of mobile applications took over the mobile market with a rapid change. The mobile application development has brought a tremendous range of competitors in the market and with this, the level of perfection has also increased. So, it is very important for the mobile app designers and developers to avoid the most common mistakes that they are likely to make and some these mistakes are described as below.

It is truly said “the first impression is the last impression”. It goes very well with the mobile application also. The first day or the first use of any mobile app is a critical one, as it decides the first impression of the app. The users should not get bored when they open your mobile app for the first time. It should be eye-catching when being opened for the first time along with its accurate downloading time. It should introduce the users to the features quickly and it should take long for the users to discover the features and functionalities of the app.
The users can be introduced to the features of your app through the process of onboarding but again, this process should not be too lengthy as it will bore the users. Few designers also give the intro to the users of their app through some dazzling animations but if these animations open up on a daily basis or everytime the user opens the app, then it will tire the users soon. You have to be very careful not to skip the app’s UX architecture before indulging yourself in the designing work. Many a times, designers forget or they do not prefer UX along with the necessary logic and navigation within the app. So, this kind of apps normally fails due to overarching lack of flow and organization.

No Purpose For Designing

Every app should have a purpose behind its development. So, the designers of the app should definitely have an aim at designing a particular app. Normally, the most common purpose for developing any app is to follow the trend of applications. But, there has to be a particular purpose behind designing any mobile app which will, in turn, give your users the value of your app. Your purpose will define the vision of your app which has to be conveyed to the users. This will explain the utility of your app to the users in terms of how your app will change their lives or will provide a particular information regarding the relevant thing users want from your app.

When you overload your app with features, it is definitely going to fail to convince the users of its vision and features. Pairing the features is difficult, yet it is very vital to do so. This will reduce the chances of users getting confused with your app features. An overloaded app will always make an unclear vision to the users as to what your app will provide them. So, it is very important that you do not overload your app with lots of features as it will cut down on the value of your app’s purpose or the utility.

Once, you decide upon the basis of the app, it is very important to determine the budget of your app. It will ultimately affect the designing and the developing costs of your app. You have to set your budget such that it will be useful to the constraints to work within. The transition of your app from the web to mobile doesn’t mean scaling down the whole web content to the mobile content. Also, it happens frequently, that the developers try to release their product simultaneously on all the platforms which will reduce the product’s compatibility and will make it poor functioning. So, it is important to take it to one OS at a time and then sort out the major issues before going with the compatibility between the platforms.

Many a times, it happens that with an aim of designing the best app, the designer complicates the design. He cannot have everything in his design all at the same time so, as far as a good design is concerned, it should be as simple as possible and should clearly convey the vision and utility features to the users in an easy manner.

Before going public, it is necessary to carry out in-house beta testing so as to iron out the digs for the app as to what is and what is not working. For this purpose, it is always advisable to hire a fresh team of beta testers who will have fresh viewpoint altogether to bring out the drawbacks and analyze the app in relevance to its utility and vision.

Each of the functionality design should be consistent and relevant to the app. It is not at all necessary that every functionality should have a different design. It is very vital to maintain the overall design consistency of the app.

Thus, it is very important that you take into consideration all the above-mentioned points before going public with your mobile app. 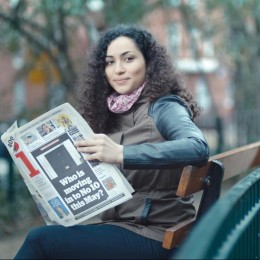