Maintaining security is an endless argument and usually most of us secure the mobile apps and contents with the help of finger print sensors or any lock pattern. But depending on the two above things doesn’t assure 100% safety. Even it took some number of tries to get into pattern lock and the finger print lock doesn’t work well mostly. Without any effort anyone can follow your lock patterns and hack the security easily.

Thus the other condition we can switch over is the face. True that, facial recognition for opening mobile device arouse generally about few years back and the idea immediately failed out. Now the same technology comes up with new modification taking its position back.

Here we review about the two facial-recognition based mobile app lockers to keep your mobile app data stays safe from others.

In the Face Lock mode, it doesn’t contain voice acknowledgment feature where you may need to take care of business here. Yet, alternate components are brilliant where you can even empower Face Lock on bubbling chat windows like the Facebook Messenger application.

This application underpins a sum of thirteen dialects and comes stuffed with two or three free topics. IObit additionally highlights a Change Icon choice, leading the security to the highest level where you can supplant the application’s symbol with not really intriguing symbols like usual clock, climate or calculator. 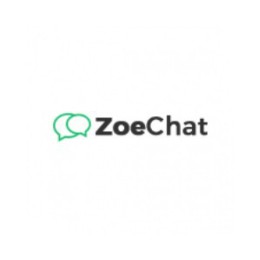 Michael Archer Author
Michael Archer is a tech geek who is responsible for designing the popular WhatsApp Clone Script ZoeChat. He likes to venture more into the technological world and be updated with the latest news and happenings. His ZoeChat app has made a great impact in the market. In his free time he likes to play video games, read novels and impart his wealth of knowledge to aspiring youngsters who want to make a mark in the particular field.