The way in which we browse the internet is changing. In fact, it has always been changing, but there has been ano more significant advancement in our browsing habit than the last two or three years. Where we once sat down at a desk to research important information, it has become the norm to pull a smartphone out of our pocket.

Millennials are generally regarded to be the spearhead for this evolvement and, as the generation begins to have children of their own, schools are being forced to keep up with the times. Ten years ago, school websites were generally regarded as being somewhat bland, and it’s arguably down to the fact that the audience expected nothing else than a simple webpage with snippets of information and contact information.

Now, though, audiences have a far greater expectancy of a website. The site must immediately capture the audience’s attention, all while striking the correct balance of content. With websites now being developed to fit a much smaller screen, while incorporating many more features than just a few short years ago, it has created a challenge for schools who seek to appeal to a new generation of parents.

Professionalism is important, it always has been, but in the modern day it is equally important for businesses to project an air of personality. Research claims that the average attention span in the modern human is now below that of a goldfish – 8.25 seconds compared to nine seconds. That figure is considerably less than the 12-second attention span as recent as 2000.

Media is now more easily accessible and competition has grown fiercer. Quite simply, if your website is not giving the audience a reason to stay with it from the moment they land on the page, you are missing out. This means that schools must look beyond their academic values and reach out to parents and students’ social values, discussing matters that are important on a personal level.

Content should be concise and interesting, yet informative. As per Not Quite the Average: An Empirical Study of Web Use, 49% of users read less than 111 words on a web page, while the average length of videos watched is 2.7 minutes. It is clear that, as millennials have grown older, visual methods of marketing such as videos and images have become more important.

As well as attracting parents of potential students by making the website more user-friendly, the website should also be a clear reflection of the school. Going back to the point that more visual methods are known to be more effective amongst millennials, by keeping their interest for longer periods, schools would do well by including videos of activities and/or guided tours of the premises.

Videos on landing pages of children enjoying themselves and learning project the right image in a way that is most likely to retain the audience’s attention. As well as this, this also portrays an air of transparency that may not have always been the case in the past.

By welcoming the user inside of the building (in a matter of speaking), the user feels more connected with the school and its values. Here, they can see the school’s value put into action which, as we know, speaks louder than words.

This goes for any and all sectors – the navigation of a website should be seamless and not leave the user guessing as to where to go to find information. For example, if the user wishes to find contact information for a specific head of thedepartment, the user journey should be as simple as possible.

Where many schools make mistakes is by only including one point of contact for the entire facility. One of the primary factors of website design for schools is for the user, which is likely to be a parent, to be able to get in touch as easily as possible.

As school websites are not built on an e-commerce platform, it can be difficult to determine a conversion rate without asking each parent individually how they first found and/or decided on the school. Through Google Analytics, goal tracking can be implemented on contact/thank you pages once a request or message has been sent, but this may not take into consideration any requests made by parents of existing students.

Information for Parents/Guardians of Existing Students

As well as acting as the school’s primary form of marketing to attract new students, the website should also be seen as a resource for information and communication. Just 10 years ago, the main form of contact between teachers and parents was letters handed out to the class to pass on, or infrequent chats before and after school.

Now, as millennials have become parents, and teachers, too, the way in which we consume information has changed. Emails are now the most used form of communication, with the average person checking their boxing once every couple of minutes. School newsletters, then, are an obvious tool to adopt and giving parents/guardians the opportunity to sign up via the website is a no-brainer.

It also makes sense for school bulletins and term dates to be included on the website for users that consume most of their information electronically. Millennials are far more likely to click on the website via their smartphone as opposed to rooting around for hard copy letters.

While the way in which we browse the internet and consume media has changed, many of the actual decision-makers’ habits do not match that of the audience. School governors are often seen to be more ‘traditional’ and may not fully embrace has technology has involved, largely because they do not understand it themselves.

As part of the board of directors/governors/or anyone responsible for making the decisions, there should be someone who can directly relate and act as the voice for parents/guardians. Long gone are the days when schools can rely on simple word of mouth and, if they don’t embrace technology, they will be left behind. 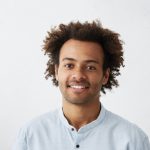 Aaron Hamill Author
Aaron is a seasoned digital marketer specialising in the education sector, helping schools, colleges and universities to better connect with pupils and their parents/guardians.