There are two ways to host a webinar: one is to go live, and the other is to record it beforehand and play it for viewers at a later time. An automated webinar is used to complete this process. You can contact a webinar platform to have a webinar hosted for you. There are numerous advantages and disadvantages of adopting automated webinars. Let us explore all the pros and cons in this blog.

What is an automated webinar, and how does it work?

An automated webinar is what we call prerecorded video streaming. It’s not like you’re watching a live stream. The video they wish to stream has already been recorded, and they can watch it whenever they choose.

An automated or recorded webinar is one in which once you’ve completed and recorded yours, you won’t need to do either again. You’ll almost always have this amazing evergreen material on hand. Live webinars are required by organisations that employ them on a regular basis. This means taking time out of one’s day to stand in front of a camera for 30 to an hour. If there are any designs or other elements of their presentation, they must also be matched and performed.

You can watch the webinar at your convenience

An organisation can use an automated webinar 24 hours a day, 7 days a week, 365 days a year. Another drawback of the online form is that you may overlook a large number of people who would like to engage but are unable to do so due to scheduling conflicts. Individuals with prior obligations are included in this category. At the same time, we’re talking about entire countries in other zones for whom it may be too difficult to even consider attending your webinar. People can watch your automated webinar whenever it is convenient for them by recording it.

The majority of people’s greatest fear before conducting a webcast is that they might make a mistake. Given that most people’s greatest fear is open speech, this isn’t difficult to understand. The fact that they aren’t speaking openly in front of a bunch of people doesn’t make things any clearer. There are a few folks that make mistakes as well. While no one is perfect, you don’t want your company to be misrepresented because your webinar host is unable to communicate when you go live. This might make your company appear inexperienced, especially if competitors’ webinars are improving.

Automated webinars can help you accomplish your revenue goals

An online webinar could also represent a recurring revenue stream for your company. In any case, as you’re probably aware, a lot of companies charge people to view their webinars. Because yours is automated, that doesn’t mean it has to be less expensive.

Even though you must be upfront to them about this, if you do have some fantastic testimonials to promote from people who benefited greatly through your webinar, this will not be an issue. Look for a virtual event platform.

There is no need to hurry!

One of the most effective ways to attract people to attend your automated webinar is to highlight the necessity to keep moving. Many organisations do this by stating that they will only accept participants until a certain date or up to a certain number of people. No additional people will be allowed to participate beyond that moment. In any case, if you were to permit this in any way, it would be best to hold the webinar online. As you can imagine, this can cause a webinar to sell out in a matter of minutes, irrespective of whether they desire to move swiftly is genuine. With an automated webinar, this is difficult to achieve. Fundamentally, it’s a possibility. You may argue that you’ll need to minimise involvement to make it easier to answer to people’s questions quickly, but you’d have to make a strong case for this.

One big disadvantage of having an automated webcast is that you won’t be able to rely on the same level of collaboration as you would with a live form. While the recorded webinar is playing, there is just no way to get someone to ask you a question. In any case, if you were to allow this in any way, it would be best to hold the webinar live. This isn’t a minor drawback, either. Many people look forward to webinars because they know they will be able to ask powerful figure questions. On many occasions, someone may be perplexed by a particular topic and have no way of obtaining or requesting an explanation.

Quality at a Low Cost

Finally, there are a few reasons why your automated webinar can put on a modesty act, which is exactly what you don’t want. We’ve touched on these in one way or another, but we’ll consolidate them here. To begin with, a lack of dedication can make it appear as if you weren’t concerned about your onlookers and needed to put something together. This will become increasingly the case as live webinars become more widely available. Someone who attended a webcast a week ago and asked questions in the audience may be surprised to learn they can’t be yours.

Similarly, as long as the commitment is seen as a privilege, not owning it will appear to be a deception. Second, being able to attend a webinar on a daily basis is fantastic. It does, however, make it appear less valuable. Regrettably, most people associate the aim is to highlight with esteem.

As a result, by trying to be helpful and ensuring that people may watch your webinar when you want, you’re hurting your chances of engaging them a lot of the time.

For more keep on reading techwebspace 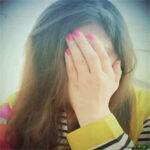 Saanvi Patel Author
Saanvi is a creative blogger and social media marketing manager. Her interest is in researching the latest technologies of social media, science and write about all kinds of topics in worldwide. In her free time, she loves to travel and reading fiction books.