The iMessage application from Apple provides the ability for users to participate in conversations, send and receive text messages along with media content. Users utilizing the latest version of iOS platform have additional features embedded into the application. According to Apple, iMessage provides the highest security when compared with text messages, as it encrypts the data and sends to the Apple server. The receiver, on the other hand, will receive the key to the same data and only the device that the message is receiving is capable of decoding the content.

Text messaging service and security depend on the carrier’s service. It incurs fees per message and does not have any security protocol like that of iMessage to encrypt the content. Due to this, it becomes accessible for anyone to read the content present in the text message.

Changing iPhone messages to text instead of iMessage

It is possible to send messages in the form of plain text rather than iMessage by performing a few tweaks to the settings of the device. In order to send messages in the form of text rather than using iMessage application, users can disable Wi-Fi and cellular data. Depending on the requirement, it is preferable to choose text message or iMessage accordingly. Nonetheless, iMessage stands out, as it is capable of sending media files over the Internet at higher speeds and in an encrypted format when compared with that of the text message.

You can make the default setting in the settings application of the device to text-based messages to change messages to text instead of iMessages.

The details provided in this article varies from one device to another and also according to the iOS version, also the new iOS version is also rumored to support content sharing directly from distinct apps like Garageband, Logic Pro X, Keynote, iMovies and Final cut pro. However, most of the information provided is similar, and users can switch between iMessage or text message depending on the requirement. One of the advantages of switching to iMessage is that they can reduce the monthly phone bill and send longer text messages including multimedia content. For people using limited services, choosing text message will be a useful mode of communication. 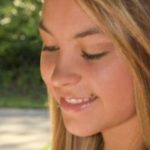