Technology and its numerous elements such as AI, smart software and hardware, virtual and augmented reality, have become an inextricable part of the modern lifestyle. More importantly for the business world, technology is quickly weaving itself into every industry and niche in hopes driving productivity while minimizing risk across the board.

Without a doubt, smart and innovative technology brings numerous benefits to the PPE industry, as personnel operating in high-risk work environments can maximize personal safety, productivity, and efficiency while minimizing workplace injuries. Let’s take a look at the latest trends in the personal protective equipment industry and how you can use them to take your operations into the 21st century.

A gas detector is an essential piece of equipment in both residential and commercial areas, but also high-risk work environments such as construction sites. The range of applications goes beyond traditional sectors and follows engineers into numerous other industries including aerospace, military, and automotive. While it’s not a wearable personal protection gadget, it’s nonetheless an essential piece of equipment – one that just got smarter.

Boasting smart software, the modern gas detector not only monitors the levels of contaminants in the air, but also feeds them to a dedicated app in the worker’s smartphone. This allows the personnel to keep a comprehensive overview of their surroundings, schedule maintenance, and even generate daily system reports with a push of a virtual button.

Starting from the top, the head is probably the most important extremity the worker needs to keep protected at all times, hence the mandatory wearing of protective head gear on construction sites and other volatile work environments. However, with the rapid integration of smart technology into headwear, workers can take their personal safety to a completely new level.

Boasting meta sensors, tech-driven PPE helmets can detect hazards such as collisions, sudden immobility, and free falling, making it easier for the worker to respond efficiently in every scenario. Such helmets use auxiliary sensors as well to tract the levels of moisture and brightness, and even respond to external temperature levels by scaling internal helmet temperature. 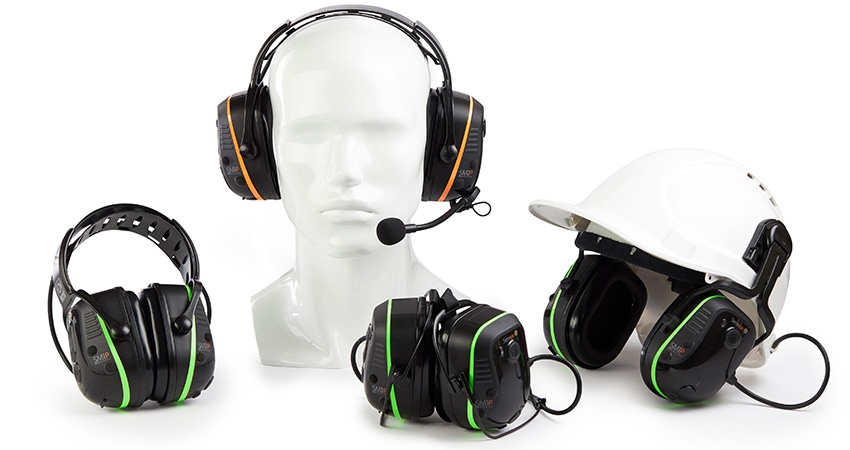 Being able to communicate efficiently in a noisy work environment while at the same time preserving your hearing and maintaining complete situational awareness might have been wishful thinking up until now, but smart technology has once more done the seemingly impossible. Using Bluetooth technology, innovative smart headsets offer unimpeded two-way communication in noisy environments by pairing headsets together and eliminating background. This does not, however, hinder the worker’s ability to remain aware of their surroundings.

This kind of smart noise-cancellation technology is quickly becoming a staple in the PPE industry, as every loud workplace becomes more dangerous if the any one of these three safety elements are lacking. The application of this technology goes beyond the construction site, venturing into the military sector, airport control, oil & gas, heavy manufacturing, mining, and more.

Smart glasses might not be an innovative concept, but the technology is just starting to migrate from the commercial realm and certain industries such as the military, into the PPE realm. Without a doubt, smart eyewear is quickly going to become a staple of every PPE arsenal, as it has the power to significantly improve operations across the board, and minimize safety hazards at the same time.

Without hindering the durability and reliability of traditional protective eyewear, the built-in smart technology can display real-time information on the inside of the lens, allowing the worker to track environmental conditions and control ambient brightness. These glasses are connected with other smart wearables, particularly external sensors on the helmet and gloves to give the worker instant access to important environmental data.

Gesture technology is no longer limited to consumer products such as smartphones. Nowadays, it’s making its way into the PPE world through gesture integration into specific work environments. The ability to communicate with a complex piece of machinery without having to physically touch it is a grand step forward for occupational safety and protection.

Not long ago, workers handling cumbersome machinery had to remove their protective gloves in order to use the small buttons and smart screens in their work environment, but with 3D gesture technology all of that is a thing of the past. However, this requires the integration of gesture technology into the machinery itself, which is still a costly upgrade in most scenarios. Nevertheless, the tech is going to become more affordable as its being refined. 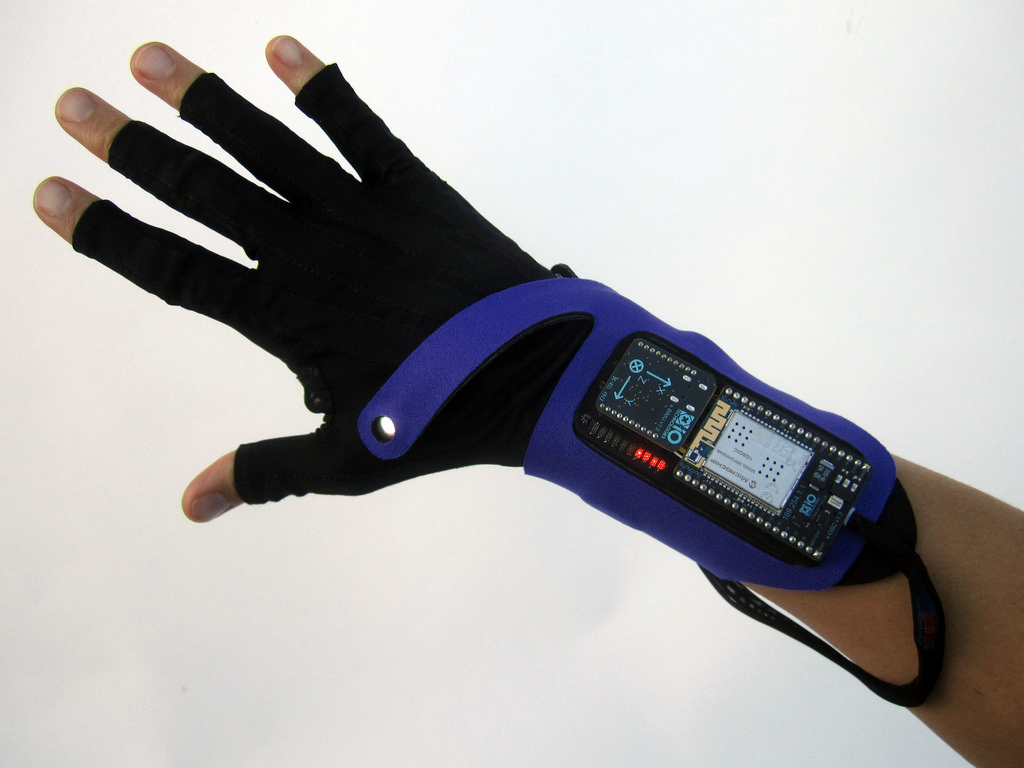 A solution to costly gesture controls might lie in the integration of E-gloves in the hazardous workplace. Aside from boasting the appropriate durability ratings to protect the hands, E-gloves also boast NFC technology that allows the worker to communicate with other NFC devices in their possession and vicinity. This means that the worker can communicate with other NCF-enabled machinery in their environment, ensuring efficiency and safety in the workplace.

Smart technology is quickly revolutionizing the PPE sector. By introducing these innovative products into hazardous work environments, companies can easily drive up productivity and efficiency while elevating workplace safety across the board.