By the end of 2017, the volume of the Indian market of services and solutions for inter-machine communications (M2M) and Internet of things (IoT) exceeded 60 billion dollars.

It is expected that by the end of 2022 its volume will reach almost 90 billion dollars, and the structure will undergo significant changes. Thus, the share of data transmission services and proprietary hardware and software systems will decrease from more than 70% (as of the end of 2017) to just over 40%, while the share of cloud services will grow almost fivefold.

The market for distributed telemetry systems

The market of distributed telemetry systems, also called the inter-machine communication systems market (M2M), as well as the Internet system of Things (IoT), has been developing in India for more than 15 years, and its segments.

For example, the market for remote security services, have existed for more than 40 years. As a result, a significant installed base of connected devices was formed, which in 2016 amounted to 15.9 million telemetry devices connected to the WAN using all types of connection technologies: cellular, solidly fixed and wireless fixed, and their combinations.

Due to the modest growth in the number of connected devices, on the one hand, and the size of the installed base of IoT / M2M devices relative to the absolute value of its annual growth, on the other hand, the share of communication services in the volume of consumption of IoT / M2M solutions in India is extremely high greater than 50%.

Another reason for such a high share of communication services is in the underdeveloped services and cloud platforms IoT / M2M and, as a result, the small amount of added value of IoT / M2M solutions formed on such platforms. This distinguishes the Indian market from the global one and shows the underdeveloped market of IoT / M2M solutions and services in India in terms of value-added processing of data received from telemetry devices.

Another reason for the high share of communication services in the overall cost structure for the IoT / M2M solution is that data services, especially in cellular networks, are relatively expensive for M2M applications.

The existing structure of WAN connections in India, where connection via technologically obsolete cellular networks predominates, coupled with the almost complete absence in India of IOT-specific carrier-grade networks (LPWAN, NB-IoT, Wi-Fi 802.11ah, etc.), is a significant obstacle to the economically feasible use of monitoring modes that require a high frequency of updating data from devices outside the area of accessibility of wired communication networks and / or using a large number of simple devices tv IoT / M2M with an extremely low cost of connecting the device. And this, in turn, limits the models for monetizing data from IoT / M2M devices with the simplest cases with low added value.

Transformation into the market of Internet services of things

As of the end of 2017, the Indian market for distributed telemetry systems, in fact, is not an IoT market, since it is mainly formed by proprietary hardware-dependent solutions, with extremely limited functionality; In fact, these are telemetric M2H solutions (distributed dispatching systems). This market is formed by demand mainly from large projects of state organizations and corporations, the motivation for the realization of which is legislative coercion, and not economic motives.

However, both commercial consumers and households are beginning to be interested in the possibility of increasing the efficiency of resource use through IoT solutions and services. But you can satisfy this request only by switching from proprietary solutions to public services, based on the principles of IoT. This, in turn, requires the formation of ecosystem developers of solutions, vendor components (both hardware and software) and the business users themselves.

Thus, the key driver of the IoT / M2M market growth in India is the request of consumers of such systems to implement scenarios for monitoring distributed objects, implying intensive processing of data received from objects more economically and flexibly than using specialized software and hardware systems.

According to the forecast, the IoT / M2M market in India will show steady growth and in 2022 it will reach the level of 43 million connected devices and the annual cost of creating and operating distributed IoT systems / M2M in 90 billion dollars.

In view of the high “starting” level of prices for connectivity, even with the expected growth by 2022 of the volume of transmitted data per device more than 10 times and the increase in the number of devices by more than 2 times, the revenue from connectivity in 2022 will remain practically unchanged relation to 2016. 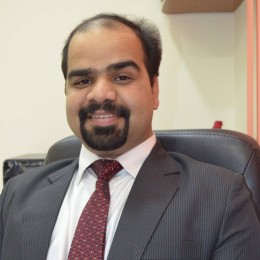 Ashish Sharma Author
Ashish Sharma is the Chief Marketing Officer at WeDigTech, a Mobile App Development Company California US. He is responsible for marketing activities that have to do with creating, communicating and delivering offerings that have value for clients or business partners.