When the Industrial Revolution happened in the 18th century many people were left without a job, simply because their hands couldn’t compete with machines in terms of productivity. Just like then, we’ve entered a new era, the one where technology solutions are appearing for every single obstacle that exists. Digital solutions have created a situation where an average worker’s productivity is doubled when compared to three decades ago. The very nature of work is changing at a rapid pace because of this and knowing just what awaits you behind the corner can mean the difference between success and failure.

Here’s our list of things, related to the future of work, that are most likely to change thanks to new technologies.

The obvious change that’s already affecting most of the Western societies is that a single person is able to do a lot more work than before, thanks to all the digital help that they have available. While this is good for most businesses, the problem is that there won’t be enough jobs for everyone. Although it’s highly unlikely that the AI will ever completely take over jobs, it will certainly make it so that a single person can perform more work overall. An MIT study shows that while productivity has steadily grown over the last 50 years, job growth reached its peak in 2008 and has been falling off ever since.

The trend is likely to continue in the future, as technological advancements will make certain jobs completely obsolete.

The Rise of Independent Work

Independent work is not a new concept, but the area that’s affected by digital technologies is. A McKinsey study shows that even now between 20% and 30% of working populace in the US and the EU is in some way engaged in independent work. There are many reasons why young people are opting for this new way of employment, rather than committing to a company. For one, they get to choose the work that they want to do which, by default, lets them be more creative about it.

Another reason is that they get more freedom out of it, whether it’s the flexible working hours, or just customizing their workplace in a way that best supports their capabilities. More and more companies are adopting this trend, as hiring freelancers significantly lowers their operating costs.

Most Professions Will Change, Some Will Disappear

While a 3D modeler today needs to have a software like Autodesk Maya under their thumb, the development of VR is likely to change the profession completely. Just imagine the possibilities of sculpting in a virtual-reality setting, with your own two hands and unlimited resources.

The truth is, many professions that seem new now are likely to change completely in the future. The constant development of AI, for example, is threatening to change the very foundation of most professions. Wyca robots are already capable of being a nurse assistant or running an unmanned self-storage facility.

Lawyers, also, could be the next in line that is likely to be replaced by AI. Although it is quite hard to imagine this one happening anytime soon (or ever, to be honest), the rumor has it that most areas of law and even family law specialists, may be replaced by artificial intelligence in the future simply because there’s not much room for interpretation of the law.

Just like in ancient Greece, people will start having extra time for brainstorming. Only this time it won’t be due to slavery, but rather because most of the administrative and factory jobs will be done by robots – one way or the other. This means that the jobs that we do hold onto (or the new ones that’ll exist in the future) will be highly creative. This means that we’re likely going to see a rapid development of art and culture, as the machines are unlikely to ever replace us in those ‘more creative’ fields.

There are even predictions that most of us we’ll be doing our jobs in a virtual-reality setting in the future. There are plenty of possibilities for that, like VR therapy centers or VR addiction centers where people will be able to log-in from the comfort of their homes.

IT Sector is Only Going to Grow

It’s clear that a technological explosion requires experts that are going to push it forward and while this has been happening for a while, it’s likely not going to stop any time in the future. Programmers and App Developers are only going to grow in demand, In fact, software engineers these days usually receive $70k-$295k of salary per year.. Even though the very way they perform their duties is likely to change. The same goes for Web Developers and IT Architects, as these professions are the basis for the very revolution that’s already happening.

There hasn’t been a time since the Industrial Revolution that’s been more uncertain when it comes to the future of work than it is at the moment. The best advice anyone can give you when it comes to becoming hirable is to keep up with rapid-changing trends and somehow stay ahead of the curve. The most valuable skill a person can possess today is to be a fast-learner and to adapt quickly to new requirements, as things are likely to change for all of us very soon.

However, problem-solving and creativeness are always going to be sought after, so the ones who manage to prepare themselves for that may have an important advantage as we step into the next decade. 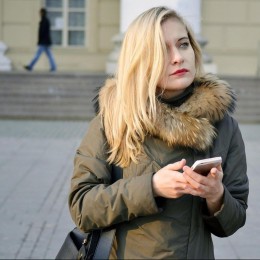 CatePalmer Author
A designer, marketer and a huge tech geek. My expertise could be summed up in web design, digital marketing, and business-related topics. My interests are, on the other hand, wide and ever-evolving.