As you all might know very well, a friend potentially has the power to have an impact on your life in a number of ways. A man is known by the company he keeps, probably because sooner rather than later a man starts acting like his company, which later becomes a part of his identity and the very name people address him by.

But, just like glitter, not everything shining is always gold. In a similar manner, not every single friend that one makes is truly worthy of the title. They are the people, who happen do not have our best interests at heart. They are more like wolves in sheep’s clothing, who are just waiting for the right moment to pounce on us and attack. It is friends like these that one needs to wary of since they have nothing but their own best interests at heart. While adults, sooner or later, are able to decipher whether or not a particular friend they have is a true friend or not, but teenagers are not as fortunate.

From having to put up with all sorts of social pressures that range from something as simple as looking “pretty and stylish” to complex ones such as peer pressure, cyberbullying, cyberstalking, plain old bullying and stalking and on top of that they have the added pressure of having to succeed at school, there is nothing that a teen has not has had to face including the things that their own parents are unaware of. Where Do The Things Start To Go Wrong?

In a life of a teen, things start to go from bad to really, really bad when their parents show an evident lack of interest in their lives and the things that they do all the time. This is where a teen begins confiding in someone they might consider a friend. At that time all that they ask for is a helping hand and a shoulder to cry on. They need a person who they can freely rant to and rant about all the things that they want to rant about.

While in the ideal scenario, the friend they have may actually be helpful, sympathetic towards them and actually care about them but unfortunately, that does not case, more often than not. The teens today would rather adhere to what they consider as the “it” people, the elite ones at school. Thus, if your child is not in the good books of the elite crowd, he or she would be bullied relentlessly.

On the other hand, if they are in the good books of the elite crowd or anyone really, studies have shown that a larger percentage of teen friendship are based on lies and ulterior motives rather than true and honest friendship.

Thus, as the teen on the receiving end of such a friendship or the parent of such a teen, it is pretty self-explanatory that such occurrence does not bode well for you if you care in the least about yourself or your child.

What Can A Parent Do?

A parent has a lot of influence on child’s life. They are capable of choosing what is best for their children and if things ever start to go south, they can steer it back into place very easily. In the matter of fake friends as well parents can, in fact, be a lot of them, especially when they are using spy applications to aid them. For instance;

By doing these things and more there is a very good chance that you would not only able to decipher what kind of a friend you child has and if they are out to destroy your child’s life in one way or another, you can come forward and remove them from your child’s life, even if you child might not like it. As a responsible parent, you have to do everything in your power to protect your child.

Angelica Dowson, a blogger by profession, an author significantly contributes towards mobile security, Become better parents. If you want to know more about her you can follow her on twitter @angelicadowson2 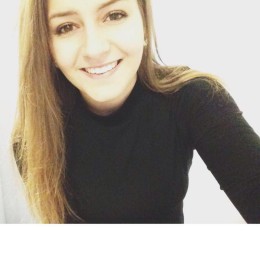