If you are a beginner to xamarin mobile app development then there are possibilities that you might experience some issues and challenges on an initial basis. But you need not worry as in this post I will list down some common issues with xamarin and the best solutions to them.

So, let’s dive into some common xamarin app development issues, which most of the developers face:

Encountering thousands of Errors During the Initial Build

One of the most annoying challenges that Xamarin beginners face is experiencing numerous errors. You may easily create your project template, but you are not able to run it immediately. In most of the cases, it occurs because of nuget packages that are not restored, or those needs to be updated.

The best solution to this issue is to update the nuget package right before you create and launch your IDE.

Unable to Compile and Run Apps

In other cases, even after restoring the packages, you may find it difficult to compile as well as run your mobile app. This can be due to errors like missing of xamarin.forms support package or xamarin.android.support.design package or any other issue. All such errors hinder compilation of the app.

It is not an easy task to resolve such issues as every error has to be handled individually. Hence, the best way out is to hire an expert mobile app developer having sound knowledge of Xamarin Mobile App Development.

Another error that you may experience as a beginner in the field of xamarin app development is getting confused about XAML.

XAML is a markup language used to develop user interfaces in .Netapps. With Xamarin, you can build user interfaces either with C# code or XAML. It is a great idea to use XAML as it allows you to easily separate UI code from the code logic. Also, it is easy to implement MVVM with XAML.

Additionally, you may find it difficult to differentiate among numerous names for controls within XAML. But you can easily resolve the situation by checking the xamarin.forms documentation as this will help you know about various XAML standards.

Don’t get more confused as ghost exceptions are one with minimum information about their occurrence. For instance, you get to know about the name of exception but have no additional information related to it.

The easiest way to combat this issue is by launching an app on a distinct platform. You can then know more about your exception on that platform and get more information about it.

Difficulty in Debugging the App

Another most common challenge that most of the developers face issues with debugging the app. Though Xamarin allows for easy debugging of the app, it may not be easy when you have ghost exceptions or other issues.

The best approach to handle this issue is to explore the inner exceptions related to your app. This will give you a clear view of the exception and once that is resolved, you will be able to run your app better on your preferred platform.

Most of the new developers are in a thought process that they have to run their code every time they wish to see their app’s UI. But this is not so!

You don’t have to run your code every time. There are multiple tools available, which can help you visualize the XAML layout without running the code. Gorilla player and XAML previewer are some of the best tools to consider.

Another thing that you might be wondering about is what is MVVM? You must have come across this term multiple times before, especially when you develop desktop and mobile apps. Though it is not mandatory to learn about MVVM Architectural Design Pattern, definitely having knowledge about it will help you make a more maintainable code.

Most importantly, it will make it easier for you to build xamarin.forms apps as it will overcome lots of troubles related to poorly engineered code.

Your App May Not Appear, Native, as it Must Be

Xamarin.Forms is a native cross-platform framework but if you will look at it controls that it offers for each platform then they are not much identical. As far as my experience is concerned, you can get the native look for most of the xamarin.forms control in a format UWP>Android>iOS.

So, these are the most common issues which beginners and new developers may experience in Xamarin App Development. If you want a hassle-free process for your development then do check the best ways to handle such issues. 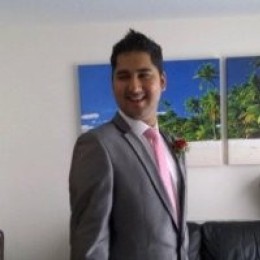