If you have been using any social media platform over the last six months or so, then you probably noticed that you can’t avoid political posts at all. People express their views regarding political issues on social media but those conversations don’t appear to be beneficial to the changes in perspectives.

Then again, a new study conducted recently states that social media can change the minds of users, particularly when it comes to political views. This topic will tell you more about it.

It is safe to say that the world of the web is a wild and wily one. It has many good things to bestow upon its users, but some are downright destructive. Now, whether you wish to segregate social media platforms in either of the camps is entirely your decision.

However, one thing that experts are certain about is that social media has the power to change minds. It can alter the way you think and even the thought itself. It is also capable of changing your overall personality.

Even in the grand scheme of everything, the virtual world is still crawling on all fours. It means that it would take decades to uncover the long-term effects of the moments that people spend on social media.

Neurology scientists and physicians attempted to uncover both the positive and negative effects of social media. In doing so, they deduced some of the effects that social media has on the brains of human beings.

The results of the tests proved useful to business firms in tailoring their social media marketing ventures too. One surprising deduction proves that the size of the social media network of an individual can change the user’s brain and in a good way.

The number of social contacts declared publicly on social media has strong associations with the structure of the focal regions of a person’s brain.

A massive group of folks always attempt to pinpoint the negative implications of social media. Nevertheless, utilizing social media is an excellent small business marketing strategy. Entrepreneurs can publicize their business and reach a huge target audience to engage them.

Apart from that social media can also help individuals to enhance their memories. If you use social media regularly, then you will remember faces and names more than people who have smaller online networks.

In short, owners of small businesses can remember their clients since they use social media more often than commoners. Conversely, all the effects of social media aren’t so positive. Business owners can rely on a sound social media marketing strategy to entice customers, but it can change the overall disposition of your mind as well and in a negative way.

As already mentioned earlier, social media can improve your memory. Posting photographs and events on social media isn’t anything like pulling out dusty, old albums from shelves at school or college reunions and family gatherings.

The rate at which people use social media makes them remember the things that they posted online. This fact is entirely independent of whether the participant considers the event important or not. Furthermore, social media posts include pictures that significantly enhance an individual’s memory recall.

Some of the top mobile app development companies have high stakes on social media. Since the people working there design mobile apps, they are very much aware of the perks of social media. Full-stack developers prefer to be on all social media sites to connect full-stack engineers and influencers.

Whenever your posts receive likes, you also like other people’s posts. This action activates the brain’s reward center. It is also one of the reasons why scrolling through any social media platform becomes an addictive activity.

The best part is that the more likes your post or photo receives the more rewarded you feel. According to experts, viewing photographs that get many likes increases the activity of your brain’s neural regions.

It implies that your mind is processing the reward through social cognition, attention, and imitation.

Social media is exceptionally beneficial just like alcoholic drinks when consumed in small doses. However, it can have several negative impacts too.

Commoners, on the other hand, may end up nurturing genuine feelings towards their online friends. They simply can’t handle it when those pen-friends don’t reciprocate the same emotions.

The instant gratification feature of the internet thoroughly decimated the attention span of people. Scientists say that scrolling through social media pages is something that everyone should avoid.

They conducted experiments on heavy users of social media and light users. Through the studies conducted, they deduced that the attention span of frequent users is whimsical, to say the least. These people find it difficult to concentrate on anything.

Some users can’t sleep anymore because they use their phones, computers, and tablets much more than they should. An iPhone app development company will release advertisements, send emails, and do everything else within its power to get in touch with you.

However, you should reciprocate only when you have the time to do so. Then again, you mustn’t stay up late for that purpose. If you want to sleep, then experts recommend that you should refrain from using your favorite gadgets after 9 PM.

Social media can also make you a sheep looking for its master. Indeed, spending too much time on social media creates a “herd mentality.” It means that you may lose your thinking prowess and become overly dependent on the most popular concepts and trends.

It even works in terms of political reviews. It doesn’t matter whether you want to voice your political views or tell people about your business. Now that you know how social media can change minds, you should utilize it appropriately so that your brain remains under your control. 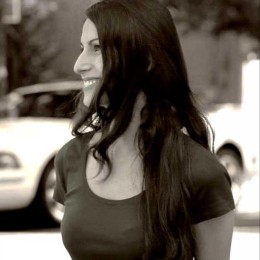 Jayanti Katariya Author
Jayanti Katariya is the founder and CEO of Moon Technolabs Pvt. Ltd., a top-notch mobile app development company. Having possessed the market knowledge of different domains for more than a decade, he is known for keeping up with the latest trends and technologies to adopt and implement for the best.