Several studies point in the direction that data science and the recently developed advanced machine learning algorithms will go a long way in influencing the way we go about many operations. One of the least talked about effects is web and app development, yet, it might just be the most important.

How does data science make web development more effective? Well, we might not really see the big picture if we don’t have a clear understanding of the bits and pieces. Let’s start by laying out what data science entails and the job specifications of a data scientist.

Who is a Data Scientist?

A data scientist is someone who gleans insights from massive streams of data with the help of sophisticated tools and technology. Think of a professional who is able to carry out undirected research and even solve open-ended challenges. They are also tasked with formulating new algorithms and structures that might help in solving novel problems.

It’s okay if the definition doesn’t answer your question as to whether data science can help you hire the best website developers. There’s no concrete reason yet as to why you should hire a web and mobile development company that leverages data science. This is a gradual process. Let’s now move on to web and app development infused with data science.

Web and App Development in Conjunction with Data Science

Some of the best web developers around will attest to the fact that web development is a rapidly evolving sphere that is renowned for stiff competition and a constant battle for supremacy. The users are always on the lookout for new and diverse features that influence their browsing experience and this pushes developers to go the extra mile.

In the end, the goal is to have a web application that hyper-customizes the user experience and this hinges on the expertise of the web and mobile development company. While this result might seem elusive to a number of developers out there, you can hire some of the best website developers to produce exactly what you have in mind.

We’re beginning to see the underpinning principle of data science; insight from past experience being used to improve what is to come, we can just go ahead and highlight what some of the ways in which web development is being made more effective via the help of data science.

The aim of most web and app development projects is to improve the ranking of the brand in question and this makes SEO an important consideration. The effectiveness of an SEO strategy is hinged on certain numerical adeptness. While we have several good tools for the analysis of websites, the limitation is that of the human who interprets the data provided.

Once AI surfaces and we have access to sophisticated data mining technologies, the website’s metadata can be well utilized and this, as well as the data generated by other users, can be analyzed for vital information.

There are also predictive engines that are built using AI technologies and that can generate ideas to help even the best website developers with any form of irregularity in their architecture or website. These engines can also highlight bad SEO practices.

Some tasks such as assigning design layouts and templates can prove tedious and tiring even for the best website developers. The good thing about this is that you can get virtual assistants to help with simplifying the whole design and even the development process.

One of the foremost tools for this is the Adobe Sensei that automatically analyzes the entries and can even recommend design elements to the user in question. Some of the help rendered involves the automation of photo editing processes, image recognition and creation of elements, etc.

3. Testing and Quality Assurance Can Also be Automated

With very minimal human input, the app can be tested and deployed using advanced artificial intelligence algorithms. These tools can draw on historical data and predict the major parameters of software testing, thereby finding patterns and amplifying the ability to detect faults or flaws. This method even promises higher efficiency compared to traditional control methods.

What this means is that the identification of bugs (which used to be a huge turnoff for developers) can now be simplified. In fact, Microsoft is now preparing to launch an AI-based search engine model for developers to help with the process. This is sure to provide developers with more effective ways to test and identify outliers quicker.

4. Web and App Development is Being Redefined by Self-Learning Algorithms

This might come as a surprise to many people but data science can facilitate the process of web development itself. Some of the mundane tasks like adding, updating the database, and predicting problem-solving codes. These can ultimately guide the developer on which solution to adopt for a web project.

One tool that is already making waves in front-end development is Pix2Code. The artificial intelligence algorithms can even be used in building smarter apps and bots which can create self-modifying codes from scratch with minimal human input. The machines just need training and good data sets and the output will be close to impeccable.

These are just a few of the numerous ways in which the field of data science is positively influencing what we know as web and app development. Right now, we have fully automated web design and vast recommendation engines that can proficiently help users with their query.

Now, the next milestone is for artificial intelligence to engender applications that can self-improve with minimal human influence. This will prove not just revolutionary for the users and companies but also for the developers.

If you’re as excited as we are about this new dawn of web development and AI, you can contact us below for more details on projects we can execute. 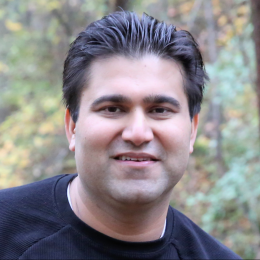