The Grand Theft Auto is a series of games developed and marketed by Rockstar Games based in the US of A. The very first edition came out in 1997 and was hugely popular in the gaming world. Subsequent versions were also well received, and there are millions of fans of the GTA series in and around the world. GTA Vice City and GTA San Andreas are the most popular ones in the series, and there are very few people among the “ 90’s kids’ ” who haven’t played one of these in their lifetime. As of August 2015, Grand Theft Auto has sold over 220 million units, and that is a big number, something only the best titles can boast of.

The most recent edition is the Grand Theft Auto V, and it is the focus of this article. Grand Theft Auto V launched on 17 September 2013 for the PlayStation 3, after all the hype and did well to serve the expectations of the hungry, loyal fans from around the world. It took another year for Rockstar games to bring it to the Xbox platform and it was 2015 by the time Windows users got to experience it. While playing on Windows OS you might face a lag in your gameplay make sure you have fixed Antimalware Service Executable error to improve gameplay.

It is part of a popular series and had a lot of expectations to live upto. Rockstar games simply could not afford to release something that would upset the fans and ruin the franchise, and they have done it well. Despite the bad name and hate it got due to the violence and the way women are depicted in the game in some missions, GTA 5 was a huge success and has sold more than 80 million copies since its release. Here are six things that make the game great:

There we said it! That was our take on the Grand Theft Auto 5, and now you know why you liked it. Go ahead, buy it and play it if you have not already. Happy gaming and don’t forget to check my blog PSnama.com 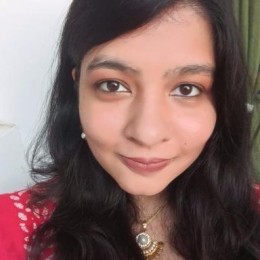 Pranav Rajput Author
Heya. I am Pranav Rajput, Blogger from Jammu, India. I am a 17-year-old teen who loves Technology, Entrepreneurship and Marketing :)