It is mankind’s nature to innovate and excel. This requires experimentation, a ladder of failed attempts that leads to the step of success. Between these steps, it can get really weird for innovators and designers. The mobile phone industry is no different.

Various manufacturers have experimented with various shapes and designs, some of these have even been successful.

Here are ten of the strangest looking mobile phones ever made. About 15 years ago, Motorola, one of the first movers in the mobile phone industry created a unique designer. The mobile phone was rolled out for $400. It had rotating slider and options like GPS built in. Manufacturers thought it’d be a huge success and briefly it was. But as you know this design faded into obscurity very quickly. Nokia 7600 is one of the successful entries in this list. Unlike some other phones, 7600 didn’t fail spectacularly. It was quite popular back in the day. Largely thanks to interchangeable covers, unique shape and easy to carry size, even the camera was of good quality by standards at the time. But it had its flaws. Texting was particularly difficult. Nokia attempted to create a phone particularly for gamers. It was Game Boy shaped device with a long screen in the center and buttons on either side. The phone was never going to work since it targeted a niche. Mobile phones as we know evolved to be an “all-in-one” device. No one wants a phone that you can play games on but texting is difficult. Samsung Serene had a rotating keyboard in circle shape and a flip. It looked quite the sci-fi stuff back in the day. It was a result of joint venture between Samsung and a company called Bang & Olufsen. The starting price was $1275 which admittedly was expensive even with the modern design. Yep, Nokia again. They really didn’t give up on weird designs back in the day. This one Nokia 7280 was a stick like rectangular phone. It came in red and black colors with a screen that faded into mirror when it wasn’t active. 7280 was notoriously hard to operate and quickly died out. Unlike other entries so far, BlackBerry Passport is actually a modern phone and is available in market today. This is actually a very clever design. With BlackBerry heavily reliant on its small loyal user base. They decided to combine the features of the classic phone and a modern smartphone. Result was this odd looking phone, perhaps the oddest one you can buy in the market today. As you probably guessed it from its name, Samsung Juke was specially designed for music overs. Around the period of its release, many manufacturers were looking to target music lovers, we had W series from Sony Ericson as well. The most stand-out feature of Juke was its stick like long design and rotatable flip cover. It had a two 2GB storage space which was quite large at the time. This one is interesting, Mohohm’s unique phone Runcible is modelled after a pocket watch. It didn’t quite generate the hype that was expected from it, but something tells us that this idea isn’t done and dusted yet.

Runcible is a full fledge smartphone that is quite unique and beautiful. It would make any list of weird smartphones. Do you remember when Haier used to make mobile phones? Neither do I. Haier P7 was mobile phone that could write on a piece of paper, yes it was also a pen. More appropriately it was a pen that was also a mobile phone. It could do what a pen and phone can. It wasn’t very successful but one of the strangest phones ever made. Chinese manufacturers create cheap affordable phones, right? Wrong. The Golden Buddha Phone was 24 karat gold plated phone that started at $1750. It had a round shape and had symbols and engraving related to Buddha and Buddhism.

We are giving it the first spot on our list since it is probably the most useless phone ever made. 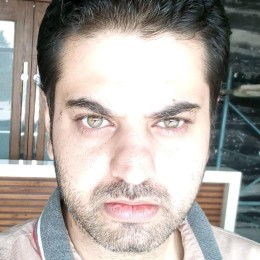 Nuur Hasan Author
Nuur Hasan is a software developer, web developer and a technical writer with more than seven years of experience. He believes that sharing knowledge can do wonders and that is why he likes to blog. His other interests include politics and sports.