Today, most smartphones have two lenses on the back. But with the Pixel 2, Google has gone against the grain to provide one “souped up” camera in the back. This is not simply a marketing claim to sell more phones, the Pixel, and its larger sibling, the Pixel XL actually include the Google AR lens. This technology identifies an object in addition to photographing purposes.

Think of it as a visual Google search. Point at a restaurant menu, a book, or even a flower and a box pop up on the screen with the information. With this feature, the camera becomes a utility as well as a tool.

Why Single Lens is Better

Google’s software is the reason why a single 12.2-megapixel sensor camera is better than the traditional 2 on most smartphones. In a traditional setup, a dual camera takes a portrait of a subject and blurs the background. This creates the bokeh effect. In contrast, the Google Pixel’s camera has two sensors which split every pixel into left and right.

The sensor combined with Google’s algorithm, which identifies parts of a person, determines what should be in focus. This lets the Pixel do the exact same thing as a dual lens camera without needing a second lens. It takes up less space in the overall composition of the phone leaving room for other major components such as a larger battery.

The dual pixel feature of the camera means that the pixels are smaller. To compensate for this, the aperture in the camera opens to let in increase light. In low light settings, the Pixel 2 uses multiple pictures in automatic HDR mode. Like in portrait mode, the multiple pictures are put together to create the final image by the Google software algorithm.

The Google Pixel 2’s camera has electronic and optical image stabilization too making photo taking and video recording a smoother process in general. But the smartphone does separate itself from the competition in the video department. It uses a combination of hardware and the software algorithm to detect shaky hands and stabilize the video itself.

Like other smartphones, the Google Pixel 2 does motion photos. It automatically takes a six-second clip after each photo. Its default is to record in a JPEG format. But the clips convert to a format like GIF or MOV in the Google Photos app. and maybe even the Google Motion Stills app. As with other features on the Pixel 2, it uses auto detect to take out things like blurriness. It also automatically analyzes the clip and edits bits of it to create a better looping clip.

Besides providing information, Google’s augmented reality also inserts stickers into photos. But unlike other apps or devices, these stickers actually move actively in the photo before taking it to determine the ideal placement.

In the real-world, the Pixel 2 camera holds up very well. Its autofocus takes good-looking regular photos. An 8-megapixel sensor sits on the front of the camera and makes for an excellent selfie-taking experience. Users say it could be possibly the best selfie experience ever with a smartphone camera. It even has a face-retouching feature to get out blemishes and such. But be aware that it’s a bit aggressive in the retouching.

Comparing it to the Competition

The Pixel 2 holds up against the competition and beats them quite handily. Compared to both the iPhone 8 and the Samsung Galaxy 8, the differences are quite noticeable. The HDR images that the Pixel 2 generates are sharper than the other major competition.

The colors of the Pixel go more towards the naturalistic preferences of the iPhone 8 whereas Samsung has more vivid colors. However, the screen of the Pixel gives the impression that the photos are not as vivid, particularly on the XL variation.

Since the Pixel 2 takes advantage of software to make the camera better, it really does stand up against the new iPhone 8 and its portrait mode. In actual testing, this comes out in the way that cropping around hair occurs. However, there is a downside. Since the software algorithm is trained to recognize human features, it has a harder time with understanding what to blur when it comes to non-human subjects.

Note that there are no dual pixels on the selfie camera, the camera has to see a face in order to function properly. Compared to the Galaxy and the iPhone 8, portrait mode is heavy-handed across all of the devices. The Pixel does not have the same amount of effects that the Galaxy S8 or the iPhone 8 does. But of the 3, it’s the only smartphone that allows portrait mode to be shut on or off. Portraits cannot be adjusted after a shot either.

In practice, motion photos work fairly well. But the fact that they cannot be converted into GIFs in the native app makes it slightly more cumbersome. However, when you tap photo thumbnails in the camera app, it goes right into Google photos instead of an in-between mode like the competition.

The Google Pixel 2 is not yet the best smartphone camera ever on the market. But it is getting close. Google’s software approach to photography is clearly cutting edge. Some features of the phone are new to release or are upcoming, so only time will tell just how well the Pixel 2s camera is. But it has definitely changed the smartphone game for good. 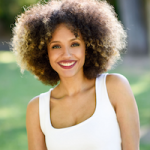 Noelle Neff Author
Noelle Neff is a photographer and writer who has a passion for writing about photography, travel, and technology on noelleneff.com