Are you going to make your own ios? As we all know, the iPhone is currently the most widespread platform on the planet. Apple’s technology is the most prominent in the world. The iOS operating system is used by a billion people globally, and its popularity is estimated to grow day by day. In this technological era, every company wants their mobile apps to be functional, have a pleasing appearance, a simple interface, and simple navigation. If you also want the same, hire iPhone app developer from a reliable mobile app development company at a cost-effective price.

There are functional tools that every iPhone app developer uses to make their iPhone app development project successful. There are iOS tools available in abundance in the market. With the help of these tools, professionals can create a startling app for iOS users.

In this post, we have listed the functional and useful iPhone app development tools that the majority of professionals use. However, you might know some of them and some new to you in this post.

Explore the most trending tools for the iOS app development

XCode is considered to be one of the best tools for developing exceptional applications for Apple systems. It is available for free download from the Mac App Store for developers. With XCode, professionals can briskly edit and refactor the code. However, the developers can make apps for the iPhone, Mac, iPad, and Apple Watch with this tool. The Xcode IDE, Swift and Objective-C compilers, Instruments analysis tool, simulators, different SDKs, and many other incredible features include in the Xcode tool.

Swift’s IDE (integrated development environment) is extremely popular, and practically every developer in the world uses it. Source Editor, Open Quickly, Live Issues Complete Documentation, Integrated Build System, Data Recording, and other capabilities are a few of XCode’s highlights. When you hire iPhone app developer, there is no surprise that they will use Xcode.

Fabric is another powerful tool that is very popular among developers. Moreover, the professionals of mobile apps consider Fabric as one of the most effective tools for developing iOS apps. It enables developers to make visually appealing iPhone applications. The best part about this tool is that it is powerful and light, allowing developers to create real-time iPhone mobile apps.

It also streamlines the process of beta distribution and app launch. Excellent theming, Analytics (Beta), Finding your friends, Digits sandbox, Close and lock issues, and so on are some of the top features of fabric tools.

JetBrains produced AppCode, an intelligent and sophisticated tool. This tool makes developing and evaluating codes easier and less time-consuming. Avail iPhone app development services to enjoy the features of the AppCode tool for your mobile app. It is used to design and generate apps for any Apple device, including the Mac, iPhone, iPad, Apple TV, and Apple Watch. Swift, Objective-C, C++, JavaScript, and more programming languages are supported by this tool. It also supports several other testing units, including XCTest, Quick, Kiwi, Catch, and Boost. Frameworks for testing include Test and Google Test.

Furthermore, the biggest feature is that it continuously examines the quality of your code and displays faults. Intelligent code assistance, Code analysis, refactorings, and code generation, Intelligent code aid, Built-in tools & integrations, One IDE, multiple languages, and so on are some of AppCode’s top features.

Stack Overflow is a platform where developers and professionals share their knowledge and experience with others rather than a tool. It enables you to ask any developer-related inquiries. You can also get code from stack overflow that you can use in your applications. Stack Overflow’s key features include an Objective Q&A style, a trusted developer community, daily community activity, and so on.

RxSwift is an iOS reactive programming library that aids in dynamic apps development. It is regarded as one of the most popular programming languages. Marble Diagrams, Observable Sequences, Subjects, FlatMap, Map, and more features are included in this tool. It supports both synchronous and asynchronous code. The significant characteristics of RxSwift include the ability to build multi-use code, declarative coding’s strengths, rational app resource management, perfect compatibility with the MVVM template, rapid development with substantial support, and many more. When you hire an iOS app developer, they will use this tool to develop a robust app. 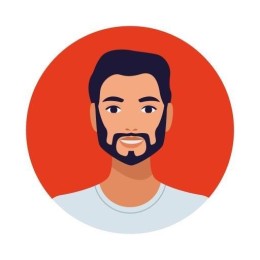 Hitesh Chauhan Author
Hitesh Chauhan is a dynamic content creator with a vast observant mindset. His vivid interests in modern technologies and eCommerce marketing strategies help him in crafting novel content that readers acknowledge. His readiness towards various subjects makes his articles more distinct and attractive.