For people who don’t know the term “hodl”, cryptocurrencies seem like a mysterious and unintelligible concept. Especially since Bitcoin and blockchain technology was introduced less than 10 years ago, it’s no wonder the line between cryptocurrency and regular money can seem obscure. Are cryptos a currency? An asset? A new version of the stock market? All of the above?

We asked an expert—a former co-teacher of the blockchain class at MIT—Anders Brownworth to explain some of the factors that distinguish cryptocurrencies from other forms of money, and helped us see why they made cryptos a unique asset in today’s marketplace.

Cutting Out the Middlemen

In Brownworth’s opinion, the key to understanding cryptocurrencies lies in realizing that they have different capabilities than standard forms of money. “You can’t just shoot a US dollar over the internet to somebody else,” he laughs, “you have to trust the middlemen.”

intermediary. Blockchain technology creates a secure digital record of all transactions conducted with a given crypto, updating and copying it to a large number of devices across a global network whenever a new transaction is made. As such, they allow tokens to be passed from one party to another without any fear of fraud. Even if the personal details of the buyer and seller remain anonymous, their transaction can be verified many times over by the numerous devices that hold a record of it.

The other major difference between traditional money and cryptocurrency is that the value of money is much more stable. This can be both a blessing and a curse for investors, or those who wish to use tokens in everyday transactions. Some tokens have been known to rise in value by as much as 10,000% in less than two years. Then, there are other examples where the value of a token has fallen by as much as 30% in a single day.

One of the major reasons for this volatility is that cryptos are largely unregulated. There are very few laws governing what can and cannot be done with them; which has set new precedents in analyzing the value of a cryptocurrency. Because so much excitement surrounds blockchain technology, numerous startups have created their own tokens that use the same technology. These tokens are spread through the use of ICOs, or “Initial Coin Offerings”, that work as a crowdfunding mechanism where a startup will reward investors with a certain number of tokens in exchange for working capital.

ICOs are “Kickstarter on steroids” according to Brownworth, who notes that they may represent an “excellent funding mechanism” for the companies that use them. Not only do they bring in money for the company that offers them; they also put that company’s token into the market and ensure that it is used by a certain number of people—which can make it valuable.

ICOs demonstrate the differences between cryptos and regular money in two important—and risky—ways. Firstly, Brownworth expects that regulations may soon limit the use of ICOs because of their potential to be used in scams. “There are a lot of people out there who aren’t interested in taking a project to fruition,” says Brownworth. “They just want to make money. It’s all carrot and no stick.”

In other words: there’s nothing to stop the creator of an ICO taking an investor’s money and running away. Not only that, but the sheer proliferance of new tokens can crowd the cryptocurrency marketplace, and may even devalue existing cryptocurrencies.

Cryptos vs. Traditional Money: Which Will Withstand?

Cryptos are enjoying a surge of activity right now, but Brownworth cautions that it may not last forever. “It’s kind of cloak and dagger right now in the crypto asset world,” he says. “As regulation comes out… it’s going to look a lot like the existing financial world.”

For potential investors, the implication to his words is obvious. If you are determined to become involved in cryptocurrencies, the time to do so may be before regulation restrains the market. For now, cryptocurrency will continue to evolve and all you need to worry about, according to Brownworth, is “whether you can take that $50 worth of BTC and turn it into $50 before its value changes.” 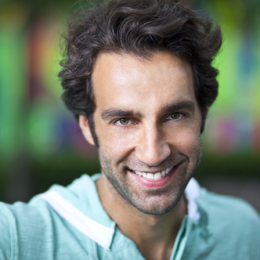 NickARojas Author
Nick Rojas combines 20 years of experience working with and consulting for small to medium business and a passion for journalism to help readers grow. He writes about technology, marketing, and social media for the aspiring entrepreneur. When Nick is not sharing his expertise, he can be found spending time at the beach with his dog Presto.