Mobile apps are no longer a thing of the past. I mean who doesn’t own a smartphone these days. This results with a lot of developers jumping on the bandwagon to cash in on this lucrative field. In fact, as the technology continues to be considered as a “win” all over the globe, professionals are striving hard to improve it as much as they can.

For example, in the case of a game application developed for an Android platform phone, it may be advantageous to utilize the phone’s accelerometer to offer a unique user experience.

What makes a proficient app developer?

Do you think that anyone that’s computer savvy can develop mobile applications? No, a specific skill set is required for these developers. No matter how much technology changes, but the foundation skills required for an enterprise mobile app developers need not changed over these years.

Even today a one has to gain proficiency in DevOps, native scripting languages Swift and Kotlin, cross-platform development and test-driven development. The following post emphasizes how to master the following skills.

We all know DevOps is a difficult skill to learn and the emergence of complex new technologies are going to make the development methodology even more challenging anytime soon. As DevOps is slowly taking over the IT landscape, it’s vital that IT pros understand it before jumping right into the movement.

Serverless computing is here, so get used to it- I am sure you must be knowing the three big web service providers- Amazon Web Services (AWS), Microsoft Azure and Google Cloud Platform offering serverless computing environments. These technologies have turned out to be significant investments and are not going away.

Get with IoT, or IoT will get you- IoT is growing at a fanatic pace. This year we will see it impacting on the two significant areas- processing and security. Understanding how to accommodate the increase in volume is going to be important for a mobile app development company.

Get ready for the resurrection of hardware- Professionals will need to know the basics of chip architecture — for example, how is a GPU different from a CPU? We’re going to have to refresh our understanding of network hardware and architecture.

Cross-platform frameworks provide mobile app developers with a complete set of tools designed to increase productivity by resolving common issues. Especially within mobile app and game creation, the idea of a shared code for all the platforms has only recently started to gain momentum.

The process involves a need to rewrite the code from scratch for each platform, iOS & Android. No matter whether you use the same function, and even use the same approach, and variable names.

Over many frameworks available, one can’t lose building skills in these areas:

And you know whats more daunting, it’s that to ensure connectivity and security as the user and device move from Wi-Fi to Bluetooth to LTE connections. Testing is all about offering a seamless performance at each connection point, which is also a security vulnerability.

Here at Mobile app development company the UK, we see loads and loads of job adverts every day and know what the majority of employers are looking for, So I hope the post helps you in your job search! 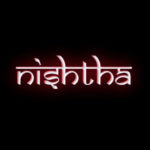 Nishtha Singh Author
Nishtha is working as a Presales Manager at software development company in UK. She relishes writing about various technology trends, Digital Marketing, Management, Entrepreneurship, Startups and much more. Her aims to spread knowledge of the latest technologies through her online contribution.