We all have heard about Blockchain technology at one point in time or another. The ongoing with the ongoing pandemic it has become all the more important.

So, what is Blockchain?

Well, Wikipedia says, “Blockchain technology is a growing list of records, called blocks, that are linked using cryptography. Each block contains a cryptographic hash of the previous block, a timestamp, and transaction data.”

Let’s skip the complicated definition, in simple teams, a blockchain is a digital record of all the transactions made online.

The name “Blockchain” comes from its structure where all its records, which are called blocks, are linked together in a list, called a chain. Hence, Blockchain.

They are used for recording transactions made with cryptocurrencies such as Bitcoin. However, its application is not limited to that but can have many other applications.

A few well-known aspects of digital payments are tokenized economies, cashless systems, and banking. And, if you have heard about those then you must have heard about its integration with blockchain technology.

But, why integrate Blockchain with digital payments?

Integrating blockchain technology with digital payment promises a much more practical solution to the challenges of data management, storage, and protection.

According to Deloitte’s Global Blockchain 2020 survey, 55% of respondents mentioned that blockchain will be one of their top 5 strategic business priorities for the next 24 months.

Blockchain does have many potential applications in different industries, however, it is more prominent in financial payments or digital currency. The only reason this aspect of technology has not been explored by them is the lack of knowledge of its applications.

So, in this blog post, we are going to see some blockchain technology applications and how they are changing the future.

With times, both new and traditional businesses have adopted an all-new digital payment. This has paved the path for an ecosystem of technologically advanced users.

During this time, blockchain technology is no longer just a tech experiment but an agent of change. There are so many aspects of the digital payment system blockchain that can help with it. For instance, in cross-border payments, blockchain can remove all intermediaries and help streamline the entire process, eliminating the burden of unnecessary delays.

In the new era, companies are exploring possibilities of using blockchain structures to store transactional records or networked databases. Here are the possibilities that blockchain technology can offer to digital payments.

The biggest emerging trend to distributed-ledger technologies is not unrelated to Bitcoin. On one hand, several existing blockchain payment processing services, and some of them are designed for the relatively small subset of trading directly are based on Bitcoin.

But, on the other hand, payment processing solutions address a much larger audience by Bitcoin distributed ledger. It is used to transfer payments in conventional currencies while also enabling them to bypass existing banking infrastructure. This can help in accelerating payment and at the same time reducing cost.

How does it work?

The provider converts the payer’s currency into Bitcoin and then he converts the Bitcoin into the receiver’s local currency. Hence, it can help deliver international payments within one to three days.

The two most important things blockchain promises to offer are increased trust and transparency. It is promising protection to businesses and other entities against cyber-attacks and security breached.

How is that possible?

Additionally, all members that are involved will be able to view all the encrypted transactional data. It is very effective in securing connected devices and systems.

Another crucial point is that blockchain allows a digital currency to maintain a network of trusted transactions. All its information is stored in a decentralized network and no particular entity has the controls for the general ledger. This helps solve the problem of trust in transactions due to the benefits of security, trust, and ease of use.

Currently, we are observing a gradual increase in the adoption of blockchain technology which is also boosting investments. This is because of these two features that have come to light in the past few years.

One example of security and transparency is the distributed ledger system which can help overcome the problem of tracking purchase and sale in the real estate industry. This can help reduce fraudulent transactions.

This can be made possible by its one authentic and immutable record which is available in the system for any property.

Lower the Cost of Trade Finance

Currently, there are hundreds of initiatives from around the world that are focusing on using blockchain to accelerate and reduce the cost of trade finance. Many consider it ripe for disruption as it often involves time-consuming, costly, and paper-based manual processes.

However, despite the potential benefits, there are still some who believe that it will take some time for blockchain trade finance solutions to become prevalent.

Lastly, I want to talk about smart contracts which are a key capability of blockchain technologies for trade finance applications.

What are Smart Contracts?

Smart contracts are small, self-executing programs deposited on the distributed ledger that automatically complete payments or other actions. For instance, a contract might trigger automatic payment processing when the company verifies its shipment of goods.

This can accelerate the transaction while also reducing the likelihood of errors in the payment processing service.

Why should We Accelerate the Adoption of Blockchain Technology in Digital Payments?

First of all, there are already many industries that have been reshaped by blockchain technology. It is times that we harness its full potential as the research has already developed it a lot.

We see still not that blockchain may not be fully on the path to large-scale adoption right now despite its revolutionary potential. This is because scaling blockchain adoption of another challenge.

Educating people more about what it is, who it is for, as well as its use cases and applications across industries, could be a major stepping stone. Blockchain technology has the potential to transform lives and change the way our societies work by combining the efforts of various entities. 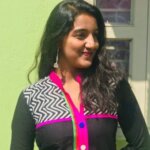 Shreeya Chourasia Author
Shreeya Chourasia is an experienced B2B marketing/tech content writer, who is diligently committed for growing your online presence. Her writing doesn’t merely direct the audience to take action, rather it explains how to take action for promising outcomes. She is currently working with a growing tech site, Tech Research Online.