Introduced by Apple in 2014, Swift is an object oriented programming language brought into existence for application development. Since its inception, Swift has emerged as an alternative to Objective C – the one that is more secure and visibly lacks the complexities of Objective C. Its benefits over other programming languages has made Swift one of the most preferred language of every leading iPhone App Development Company, globally.

The language is also used to develop apps for Linux and in 2016, Google announced that it will be used for Android’s cross platforms solution engineering.

The features that Swift consist of make codes easy to write and read, giving the developers control of the programming language. There are various other characteristics of the language that makes it much easier to implement, such as –

Swift’s goal has been to create the ideal language for development uses ranging from mobile and desktop apps, scaling to cloud services, and systems programming. The language has been developed in a way that makes maintenance and writing of right programs simple for the iOS developer. The codes written in this language are:

Swift runs on a syntax that makes it impossible to repeat the same mistake twice, making it less prone to mistakes than the other languages that have been used for iOS app development before it.

Swift came into existence as an alternative for languages that were based on C bucket and so, comparatively, Swift’s performance has been much higher than Objective C, C++ etc. The end result of Swift is a code that can be trusted to be predictable and constant both in short term and long run.

The language gives a syntax, which is convenient to use and has features that are needed to make it fast and secure. Swift continues to have monitored advancements evolving it to be better every passing day.

Now that you know what has made Swift present day’s most preferred language, here are the advantages that you would draw if you Swift programming and develop your next iPhone app using the language.

Inspite of being a new entrant in the iOS Software development industry, the ease and clarity that the language offers has made it one of the chosen ones among the app developers operating globally. Here are the advantages that you can also draw by using it in your next mobile application.

For someone who is already up to date with the working of C++, learning Swift will only take about a month – a time which is much lower compared to what it takes to get the understanding of Objective C.

In addition to this, the guides and help books to advice developers of Swift are much easily available as compared to any other language.

Swift is known for its clean syntax, which makes it easier to write, read, and modify. The amount of code lines used in Swift is also much less compared to other programming languages, saving developers’ time and thus cost in writing them. This makes Swift ideal for small and medium level enterprises.

The development process of every app comes associated with its maintenance cost. You cannot make an app and forget about it. It needs to be updated and modified on a continuous basis: the extent of which is dependent on how fast the programming language is evolving.

Companies that use Objective C for their development process needs to depend on Programming language C to evolve first for Objective C to follow next, but Swift being a standalone language doesn’t have that limitation. Swift was introduced as an open source platform, which gave it the potential to be used on a variety of platforms and also for Backend Development. The fact that it is open source has also made it one of the most preferred languages for cross platform app development.

With Swift, the programmer don’t have to think about managing memory for every single digital object that they create. As ARC takes care of all memory management at the compile time itself, the developer’s time can instead remain focused on the core app logic and adding new features.

From speed to lower number of codes, you have a number of reasons to switch to Swift for iPhone app development. Above all, Swift is where the world is headed. Developers all around the globe are no more using Objective C for developing iPhone apps, they have moved on and continue to stick with Swift when it comes to software development. Don’t get left behind. 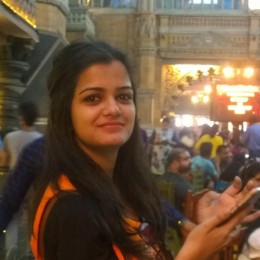 Tripti.Rai Author
Being in the writing business for several years now, Tripti Rai is presently focussing on unfolding the elements that make mobile devices interesting. Currently associated with Appinventiv as a Content Manager, she is keeping herself well read with how lives are/ about to change in the wake of world entering the Mobile Era and how to prepare the world for the race. When not writing, you can find her slurping chocolate shake in a stray dog’s company. Connect with her on Twitter to talk about mobile apps, shakes, or dogs (among other things).